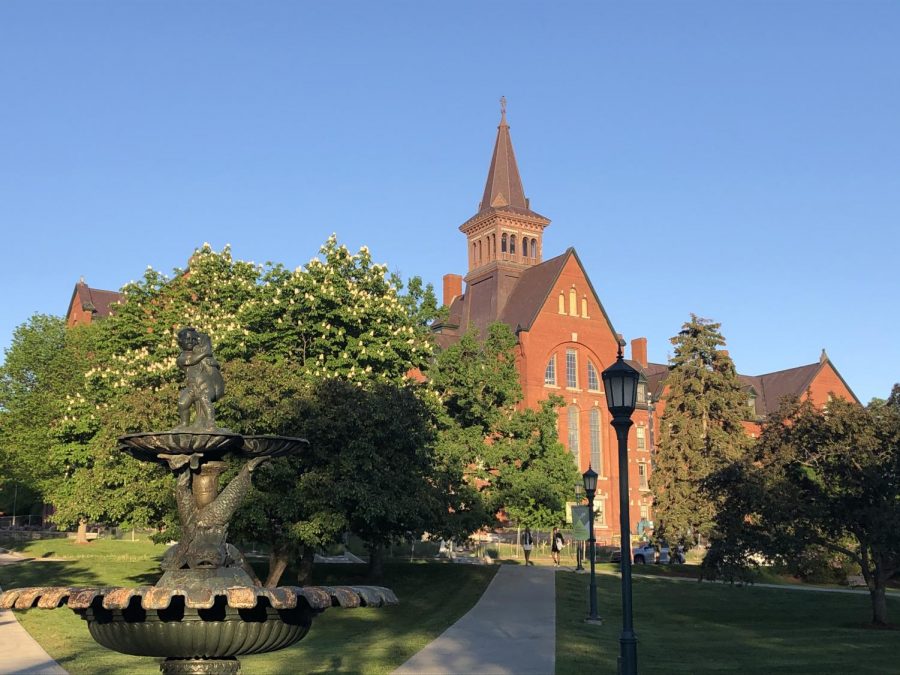 Sexual Assault at UVM: a Conversation with Three Incoming Freshmen

On April 25, 2021, University of Vermont (UVM) student Athena Hendrick shared her sexual assault story on Instagram. In a series of dates, Hendrick outlined the timeline of her rape, the aftermath, and UVM’s mishandling of the case. Much of Hendrick’s frustration was directed towards UVM’s office for sexual assault and misconduct, Title IX.  Hendrick’s story went ‘viral’ on Instagram, with hundreds from Burlington and UVM sharing the post.

Other survivors were quick to follow, sharing their own experiences with sexual violence, and condemning UVM’s lack of support. An account under the handle @shareyourstoryuvm was soon created, allowing survivors to share their experiences anonymously. Since the creation of the account on April 29, 92 stories have been posted.

The student body responded with protests, outrage, and demands for the University. Students criticized UVM, and encouraged high schoolers and incoming freshmen not to attend. While many in Burlington have gotten involved, a certain group of students is most affected by the local movement: next year’s incoming freshman.

The Register spoke with three incoming freshmen from BHS about UVM’s situation.

When BHS senior Ella Farrell committed to Burlington’s UVM, she was confident in her decision. She was excited about the “groovy” environment, social scene, and the attractive in-state tuition.

Farrell’s outlook is shared by many from BHS. According to data from Naviance, a college application software used by the BHS guidance department, 99 students from BHS’s class of 2021 applied to UVM.

Farrell first learned of the sexual assault stories in late April of 2021.

“When all this came out, I was basically committed,” Farrell said. “I was like, ‘Oh, am I really going to go to this school?’”

Despite previous enthusiasm, Farrell wondered if she had made the right choice.

“Is there going to be the right support if something were to happen to me or to someone in my circle?” Farrell said. “It definitely made me question my decision.”

BHS senior Anessa Conner was similarly surprised by the stories.

“I felt like UVM was a little different,” Conner said. “Everyone who goes to UVM likes to consider themselves ‘woke,’ and politically correct.”

“It’s definitely pretty disappointing to see things like that happen, but I feel like it’s just not surprising for institutions to protect that kind of thing,” Chira said.

Rather, Chira felt that the survivor’s stories were indicative of a larger problem.

“It’s very clear [UVM] cares about money more than anything else,” Chira said. “They don’t care about creating a safe space for their students.”

Conner believes that while UVM’s situation is extremely problematic, it is not unique.

“I think that [sexual assault] is something you’re going to get at any school,” Conner said. “It’s just that they’re talking about UVM, and that they have evidence of the administration doing nothing. But it happens all over.”

Students seem to understand that the problem extends beyond UVM.

“I feel like [people] don’t view [sexual assault]  the same way as other crimes,” Chira said. “It’s such a weird cultural phenomenon, ‘boys being boys’ or whatever.”

“It’s really hard to get people to believe you,” Conner said. “And then when they do it, it’s at the cost of great emotional turmoil. And then people just think of you differently, even if it’s subconsciously, you’re forever the victim.”

At UVM, Farrell wants to see support for this victimization, and the emotional trauma that comes with sexual assault.

“I’d like to see some changes in the way that they handle these situations when they come up,” Farrell said. “It’s definitely important to offer support, adequate support, to students who are struggling, and some practices that can help them.”

“They could stop [abusers] from being at the campus,” Chira said. “That’s an immediate thing that they could do. In the long run, they could figure out a way to create a campus that is not tolerating of any sexual violence.”

While UVM can make concrete changes, Chira thinks societal change is the next step.

“It’s something that [UVM] can address, but it’s also something that our culture needs to address,” Chira said. “Because, as much as the University can not tolerate acts, there’s only so much that they can do to prevent them.”

Conner disagrees–she believes that genuine change can only come from UVM’s administration.

“When it comes to [sexual assault tolerance], you can protest all you want, and talk about how messed up it is, but the actual change comes from administration and people in power,” Conner said. “Students can be protesting, and politically correct, and men at UVM can be horrified, but in the end, it takes real action to make change.”