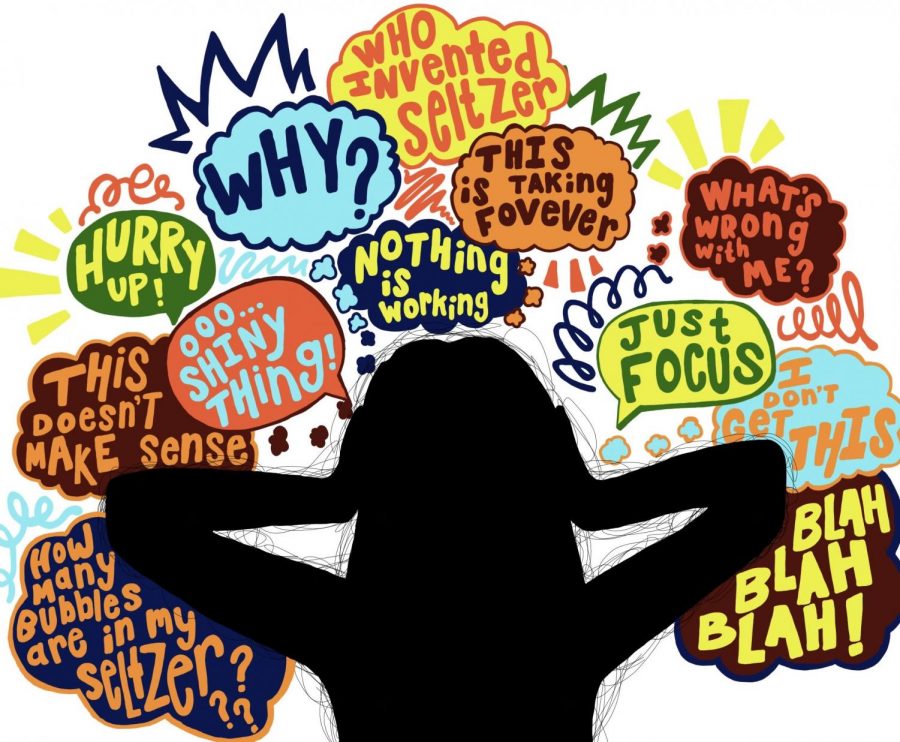 I was 7-years-old when I began hating school, or as I felt, school began hating me. I would get so stressed and overwhelmed, my second grade schoolwork would routinely bring me to tears. I was a smart kid who loved to learn–why was it all so hard?

My parents brought their concerns to my second grade parent-teacher conference. My teacher saw no issues. She told my parents I was good in class. I was not disruptive, and I performed well. She told them nothing was wrong. She didn’t see I was incapable of paying attention, spent hours upon hours trying to complete her weekly vocabulary word-searches, and my meltdowns over my inability to control my own brain.

Next, my parents spoke to my pediatrician. They told him I was smart, interested, and social, yet I dreaded going to school each day. We asked if it was possible I had ADHD.

My doctor then took to asking the questions. He asked about my grades. They were good. He asked if I had difficulty sitting still. I did not. He asked if I was disruptive at home or in school. I was not. He told my parents and me it was unlikely I had ADHD, and even if I did, it was not a problem, so he was not concerned. We trusted my doctor, and let it go.

I continued to struggle with organization, focus, and anxiety. I was working harder than others to get what needed to be done, but I was staying afloat. This was up until my sophomore year of high school when it all came crashing down. My classes were more academically challenging than anything I had previously faced, and my hard work was no longer enough to get by.

No matter how hard I tried, I was incapable of paying attention in class. To compensate, I spent hours every day teaching myself the lessons that I was supposed to have learned in school. I would spend upwards of six hours a night trying to complete my homework. It didn’t matter if I had three essays and a test to study for or a mere science worksheet–I could never get it done on time. I couldn’t focus. I found myself sitting at my desk for hours staring out my window, counting the bubbles in my seltzer, or getting lost in the depths of the internet. When I looked up and my chromebook screen read 11 p.m., I had none of my homework done–so I stayed up to finish it. By 1 a.m. I’d go to bed completely exhausted, unbelievably stressed, and dreading the day ahead of me.

Each day, this vicious cycle repeated itself. I would show up to school exhausted, overwhelmed, and consequently, my inability to focus was heightened. Each new assignment added to the endless tower of overdue ones. I stopped sleeping and I stopped having a social life. I was drowning.

I hated myself. Everyone else could get it done, why couldn’t I? I was working 10 times harder than everyone else, yet I was falling farther and farther behind. I felt broken.

“I feel like my brain is flipping through one hundred channels, and someone else has the remote,” I wrote in my journal, dated November 1, 2018. “Why is my brain broken? What is wrong with me?”

We went back to my doctor to once again ask about ADHD. We were asked the same initial questions about my grades and whether I was disruptive. But this time, we insisted that I get tested. When I was, it was clear that I did, in fact, have ADHD.

After my diagnosis, things finally started to change. I was at last able to understand why my brain worked the way it did. For the first time in my life, I had a legitimate medical diagnosis to tell me it wasn’t because I was not working hard enough or too stupid. Doors opened up allowing me to seek medication and treatment. It was liberating.

The signs weren’t new. Why had it taken 15 years to finally get diagnosed?

The answer is simple: I am a girl.

My story is unbelievably common. According to the Centers for Disease Control and Prevention, boys are three times more likely to receive an ADHD diagnosis than girls, despite the disorder affecting both genders nearly equally. Why? Because ADHD in girls manifests itself in less visible ways. Boys are more likely to have hyperactive-impulsive ADHD and show externalized symptoms, whereas girls are more likely to have inattentive ADHD where symptoms are more internal.

Since girls with ADHD often display fewer behavioral issues and less noticeable symptoms, their struggles are frequently overlooked or dismissed. My family insisted on a medical reevaluation because my father has ADHD and we were familiar with the signs. This is not the case for most–without even bringing in the myriad of other barriers preventing so many from accessing healthcare and treatment. Countless girls are like me and have problems that are internal, and were not diagnosed until later in life, or worse, not at all.

Undiagnosed ADHD is crippling. I was fortunate enough to be diagnosed at all, but had I received a diagnosis in second grade when we had initially gone to my doctor, I could have accessed treatment and learned coping mechanisms earlier. I could have avoided years of not understanding and hating my brain.

For doctors, teachers, parents, and everybody in between, we need to understand that girls have ADHD too. We can’t just see the hyperactive boys blurting out in class, but also the girl who is severely struggling but works 10 times as hard to compensate. When a girl says she is struggling, listen. Do not dismiss her struggles because she is getting the grades and behaves.

And for any girls who see themselves in my story, know that you are not stupid, lazy, or broken. I know it is hard to say you are struggling–but it is so important to name your struggle. Do not let yourself be invisible. Be loud, and when you are dismissed, be prepared to be louder.

Girls have ADHD, and it is time we recognize it.