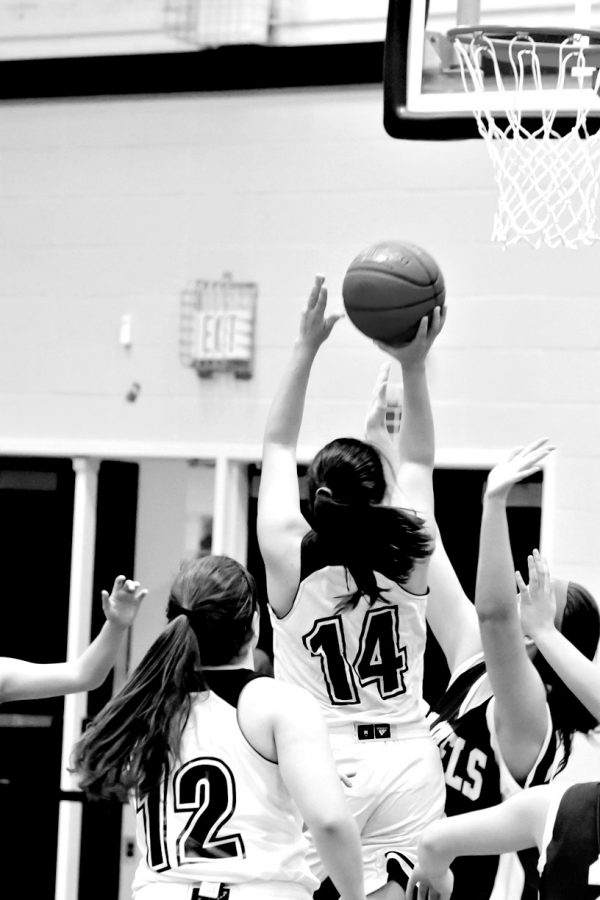 The BHS Girls Basketball team is shooting to make it to Patrick in 2017.  The team, led by Mr. Safran, is working double time to make that happen. Coach Safran has coached basketball for 20 years.  This is his 3rd season coaching the BHS girl’s varsity squad.

“Our goal is to have fun, get as fit as possible and enjoy the time together,” Coach Safran said.

The team graduated eight seniors last year.  Norah Mitchell, Devin Libby & Alex Dowett are the returning players with the most varsity playing experience. They are going into the season knowing they have to work harder than anyone else to excel.

“They are very positive and support each other,” Coach Safran said.

One way the team went the extra mile to attain their goal is by reporting to practice twice a day. For their first two weeks, they showed up at BHS at 5:55 am to work out and practice before school and ran another practice after school. The girls were exhausted but say they would go back and do it again. Coach Safran says this work ethic is a resume builder.

“If you learn how to get up before everyone else, work harder than everyone else, not make excuses and learn how to be a part of something bigger than yourself and contribute to not only your success but others', we, as coaches, feel that will help them succeed more as they become adults,” Coach Safran said.

To win games the team is going to need to play to their strength: shutting teams down with their defense.

“We plan on keeping the score close and using our high level of fitness to win games down the stretch,” Coach Safran said.

The next home game is January 3rd against BFA Saint Albans.

“This team is gonna be a great one to watch. Come to our games and cheer us on. Go Horse's!!!” Captain, Norah Mitchell.