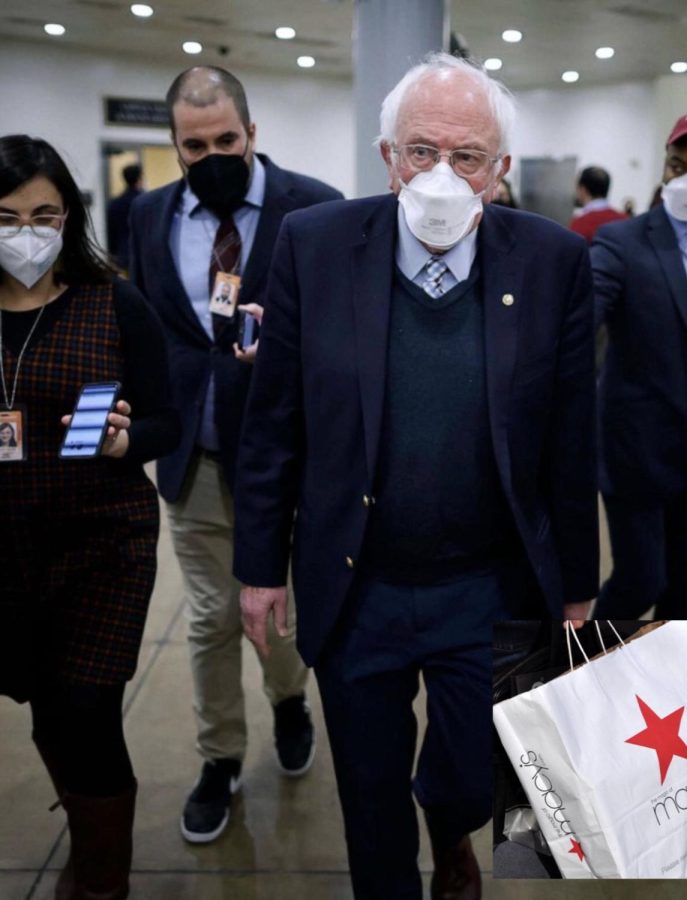 “We didn’t know Senator Sanders was coming today,” Principal Lauren McBride said. “But, we get a lot of people just coming to see what it is like to have a school in an old Macy’s department store.”

Sanders worked his way through the front entrance, shaking the hands of dozens of students.

“That’s alright,” Sanders was heard to say repeatedly, “Just point me towards the men’s department, please.”

Dan Hagan, a social studies teacher at BHS, was tasked by Principal McBride with guiding Senator Sanders around the school.

“The man is a genius!  What a unique opportunity for our students,” Hagan said. “We had a very long conversation about the economy- in particular, the price of pants today.”

Sanders then took time to visit several spots around the school. Juan Gonzalez ‘23 was in his Algebra II class when Sanders visited.

“Bernie Sanders kept asking me about different types of chinos,” Gonzalez said. “What the heck are chinos?  I told him this is a math class and he left.”

Olive Gold ‘22 was studying at the library for the ACT when she encountered Sanders shuffling through a pile of books, wearing his brown mittens.

“He was so kind and asked about my job,” Gold said. “He seemed to get a little frustrated when I said I didn’t work in retail.”

Dr. Kohler’s Chemistry class was in session when Sanders visited.

“He clearly thinks this is still a mall,” Kohler said. “I tried to tell him we didn’t sell pants, but he dismissed me and walked away saying something about ‘the 1 percent’.”

There was a fifteen-minute period where Sanders was unaccounted for and when he returned he was holding a Macy’s shopping bag with a new pair of khaki-colored trousers.