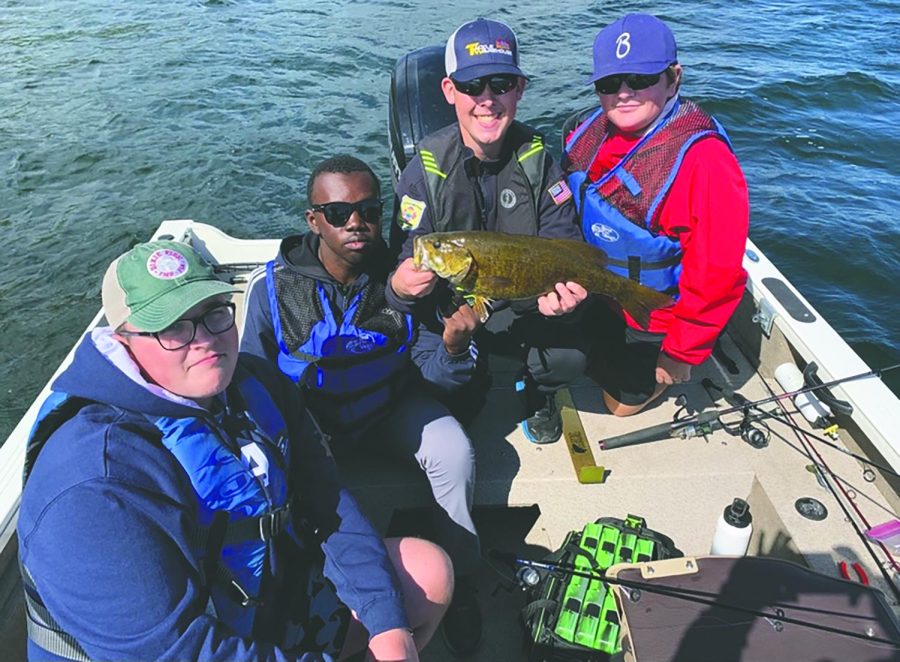 This past fall season, the Varsity Bass Fishing team won the 2021 Twin State Challenge, which invites them to travel to Alabama in June of 2022 to compete in nationals. The team won first place with a weigh in total of 19.3 pounds over five fish, outcompeting the 25 other teams, and the former state champions, by close to three pounds.

Bass fishing is a new sport at BHS, but members on the team are hoping this win will help the program gain popularity.

“We hope it’s definitely going to become something like soccer or basketball,” Mason Sweetser ‘25, a member of the varsity team said. “I don’t think that’s going to [happen] for a little, but I think we could get to that point if we keep winning these tournaments and showing what our school has in the sport.”

Vermont declared bass fishing a sport three years ago. This prompted Nathan Lorrain ‘23, a longtime fisherman and captain of the varsity team, to start the team at BHS.

“My grandfather, my father- they were both really into fishing,” Lorrain said. “I grew up watching tournaments, fishing in derbies and just really been interested in getting into the professional side of things.”

It took Lorrain about six months to establish the program, but since the program started two years ago, the team has grown significantly.

“We doubled our amount of people,” Lorrain said. “We’ve doubled our boats. And our performance has gone way up since.”

Sweetser has been fishing for nearly 13 years, starting at the early age of two. He speculated others may consider fishing boring, however he disagrees.

“It’s calming,” Sweetser said.  “You’re out in the wild. You’re able to just sit there and just listen, and you’ll hear 100 different things.”

Lorrain defended bass fishing as a sport as well.

“You put a lot of work and effort into it like you would baseball or basketball or volleyball. You put blood, sweat and tears into it- just like you would any other sport,” Lorrain said.

Bass fishing as a high school sport is growing across the nation.  Illinois hosted the nation’s first high school bass tournament in 2009 and now 9 states including Vermont have high school teams.