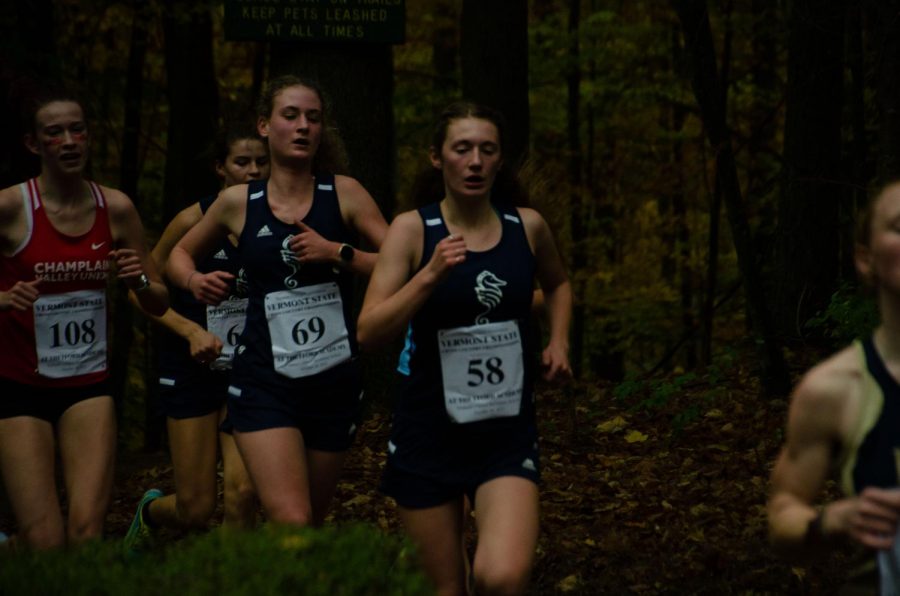 On October 30, BHS´girls cross country (XC) team won the state championship title for the first time since 2002, ending CVU’s 13 year streak. With their win, the team accomplished a goal they had been working towards since last October.

“When it was confirmed, I didn’t even know what to think; our team just came together and screamed,” Jordyn O’Brien ‘23 said. “I think we were all just so excited and so relieved. It felt like all our hard work had paid off.”

In the state championship, the varsity teams compete in a 5 kilometer race (3.1 miles). During the third and fourth kilometers of this event, BHS had a large lead over their competitors. They were challenged by CVU in some of the final 400 meter sprints but managed to hold their ground. They ended up beating CVU 56 to 61. Aya Goldstein ‘23 shared her race strategy.

“In the beginning, I had a huge adrenaline rush, and so I had to tell myself not to start out too fast because that’s a huge mistake on that course,” Goldstein said.

The morning of the championship, the XC coaches continued to instill confidence in their runners by reminding them of their training. O’Brien kept this in mind during the race.

“I was listening for my coach’s voice and remembering all the things we’d talked about that morning,” O’Brien said. “I knew I had to believe in myself and our team. ¨

The morning of the race, each runner had their own routine, but they made sure to support each other.

“We definitely tried to be together as a team and make sure we were all warming up at the same time,” Goldstein said.

The week before the race, the team focused on strategy and listening to their bodies, as they were recovering from injuries and illnesses. They predicted CVU would start out fast for the first half, which, according to Goldestein, they did.

“They were really gassed out so we were able to pass them in the second half,” Goldstein said.

In their training for states, the team ran on hilly terrain that matched the championship course.

“Doing a lot of hills gives them mental confidence, and we kept riding that wave and keeping them believing that they could do it,” XC Coach Ryan Robitaille said.

The team has advanced to New Englands and will compete Saturday, November 13 in Thetford, VT.