Hemingway’s Timeless Tragedy: The Old Man and the Sea 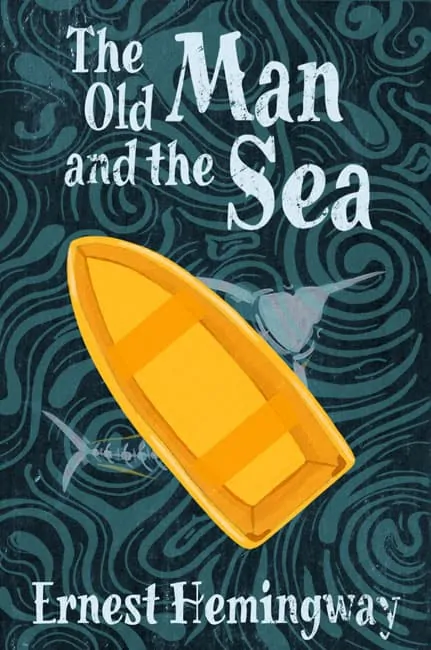 Ernest Hemingway’s The Old Man and the Sea opens with a calm, quiet, sadness. An old man, lonely and unlucky in his fishing pursuits, lives on the coast. His life is simple, brightened slightly by his relationship with a young boy who cares for him. After 84 days of no fish, the old man sets out to sea, fueled by a can of coffee and a sense of duty. A stroke of luck, skill, or perhaps fate, leads him to a gigantic marlin. Suddenly, the old man’s day turns into a dangerous quest to kill the majestic creature.

Hemingway’s novel is just over 100 pages long, yet the story is packed with emotion and intensity. Immediately, I was seized by compassion for the old man, for his failed fishing journeys, and lonely life. Hemingway paints the old man as likable, humorous, humble, and kind. His everyday life is trying, and his mindset is simple. He sees the world’s beauty through an aged lens and clear, energetic eyes.

The story is told through the old man’s perspective for the majority of the novel. Not much is said; he is quiet, but calculating, and precise. There is a tension between his strong, scarred, body and wise mind. Fishing is explained like an art, despite the callouses and blood that accompany each catch.

Some see The Old Man and the Sea as a deranged man’s quest for the unattainable. Rather, the story is an exploration of obsession, passion and despair. The old man attaches his entire life and purpose to a single task: the catching of the giant marlin. His success in catching the fish, and ultimate failure in returning it home, are heartbreaking because of his persistence and efforts. His connection to the fish stems from the hours spent pulling the boat behind its massive body, and the cramps that plagued his hands as he persisted day after day. Each reader will interpret differently his desperate pursuit of the marlin. Perhaps he seeks proof of his skill. Maybe loneliness causes him to empathize with the fish, both trapped in an endless cycle of pulling to no avail.

The plot has a rare simplicity, yet the story is riveting. Hemingway’s depiction of the old man, the fish, and the sea is lovely, chilling, and devastating. Ultimately, the story is a tragedy.  The old man, like the great marlin, is killed by the cruel atmosphere of life and the ocean. But even in the darkness of triumphs lost, Hemingway delivers a message of beauty and kindness. Grief follows the old man’s return to shore. However, so does a reunion with the boy and the respect of the village. The striking nature of The Old Man and the Sea can be attributed to the disasters that occur, the man’s despair, and the reality of moving on. A tragedy and a masterpiece, Hemingway’s classic is truly timeless.