Disclaimer: This story is written for April Fools Day. All quotes and information are fake and purely for entertainment. Please do not take any of this seriously. 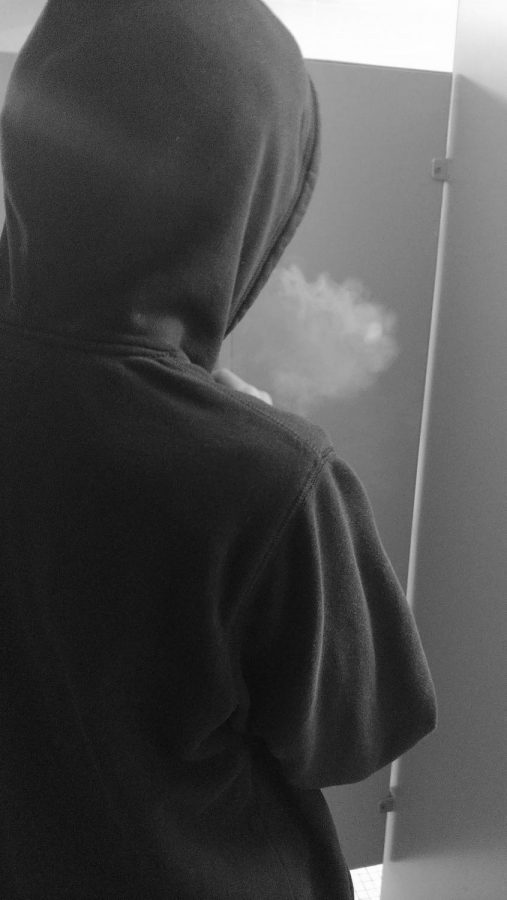 The whole of the A-day cohort was shocked as the first student attempted to hit his Juul in the sleeve of his hoodie, last Thursday at Downtown Burlington High School (dtBHS). As the grey vapor rose from his teal Champion hoodie the whole school could see the cloud float above their celingless classrooms. Mango scent filled the nostrils of all the people at dtBHS.

“First the C-building boys bathroom now the whole school,” Brody Clark, a nicotine fiend said. “Where the heck am I supposed to go to juul.”

The Register has just found that the BHS administration has had a secret agenda this whole time. Many community members suspected that the whole PCB scandal was just a political move on the part of the district to move students into a more controlled environment.

“It’s just an added bonus,” An anonymous BHS administrator said, denying any plan.  “We in the BHS admin have had no alternative motives.”

In a series of emails acquired by the Register, Herbert Perez and Clayton Hamilton outlined an agenda on a four-year track .

In a dream last night I thought of a brilliant plan to solve this problem of Juuling we have. First, we have to close down Macy’s; I suggest we do this little by little, slowly killing off all the businesses in the mall. Then, we get cancer-causing carcinogens in the secret compartment under F-building.

Let me know your thoughts,

Subject line: Re: Expose the vapers

“That really IS a brilliant plan. Then they will have no choice but to put doorless cubicles in the abandoned building downtown. In the meantime, may I suggest that we take off the door of the C-building boy’s bathroom? They can run but they can’t hide.

This plan may take a year or two but I’m sure we can get it done.

After reading about the cubical school in national news outlets including Buzzfeed and the Boston Globe, schools  across  the country have been inspired to do the same.  The wave now sweeping the nation is being called, “The boys C-building bathroom experiment.”