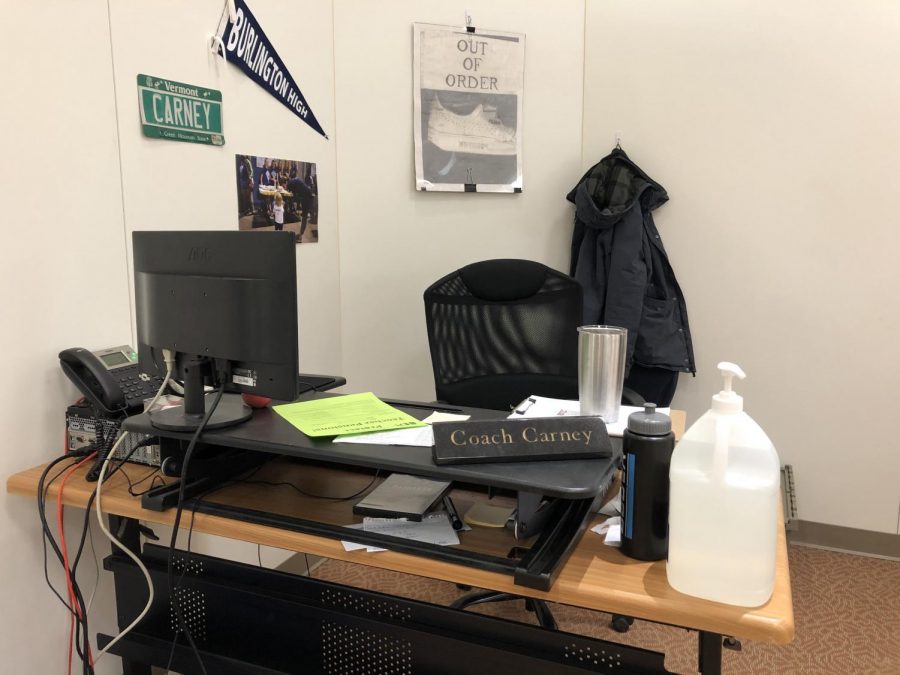 Students and faculty alike were a bundle of emotions upon the announcement of Burlington High School’s move to the Macy’s building. Among all the confusion, anxiety, and excitement felt by the BHS community, one civics teacher, Brennen Carney, was nervous for a reason that one might not expect.

“Not gonna lie, I was shaking in my leather-vans boots,” Carney said, “I just knew it was going to get out of hand. I just knew.”

Carney is known throughout the school for his self-described, “boss” fashion sense. Despite meticulously planning and putting together his outfits, his unique taste doesn’t always get the warm reception he expects. According to Carney, that does not bother him too much.

“Not gonna lie, my style can be intimidating to some people,” Carney said. “I mean, the reality of it is, it doesn’t feel good to have a teacher who dresses cooler than you. You can’t complain though, you just gotta step it up.” 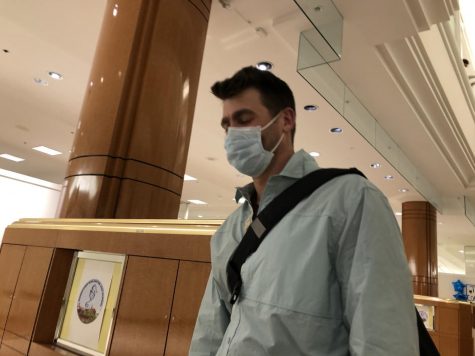 This lifestyle of flexing on the entire BHS student body comes at a heavy cost, however. According to financial records acquired by The Register, Carney has spent an estimated $83,578.76 at clothing stores since dtBHS opened its doors in early March. These exponential expenses have caused Carney to file for bankruptcy earlier this week.

On top of this, students continue to notice L.L. Bean, Patagonia, and Outdoor Gear Exchange bags piling up in his cubicle classroom at the school.

“I mean it’s like taking a class in someone’s walk-in closet,”  Lawrence Bailey, a sophomore in Carney’s Civics class, remarked, “I’ll bet he changes in there too. He must! I could’ve sworn he was wearing a neon green vest this morning and not that rust orange one I just saw him strutting through the halls in.”

Quickly, the news of Carney’s financial trouble began to leak like a punctured Patagonia down jacket.

“I will admit, it is hard not to look at him differently,” David Williams, a BHS math teacher and friend of Carney’s said, “Last week I caught him stealing Keurig pods from the math office and stuffing them in his pockets, you know. I told him I was here to support him in any way that I could. He looked at me and said, ‘You ain’t cold enough’ –whatever that means– and ran off. I guess I’m just at a loss.”

Still, despite his uncertain financial situation and a deteriorating relationship with the school, Carney seems absolutely determined that he can turn this all around.

“I’ll get back on my feet,” Carney said. “And I’ll be wearing something fly when I do. Maybe some neon green converse, or some vans, or some super cold loafers–you know, there are these sick basket-woven loafers I saw at Danform shoes the other day. I just remembered I think they are having a sale today–mind if I cut this interview short? I just remembered I have someplace to be…”