School Board Approves Flurry of Motions at Tuesday Meeting 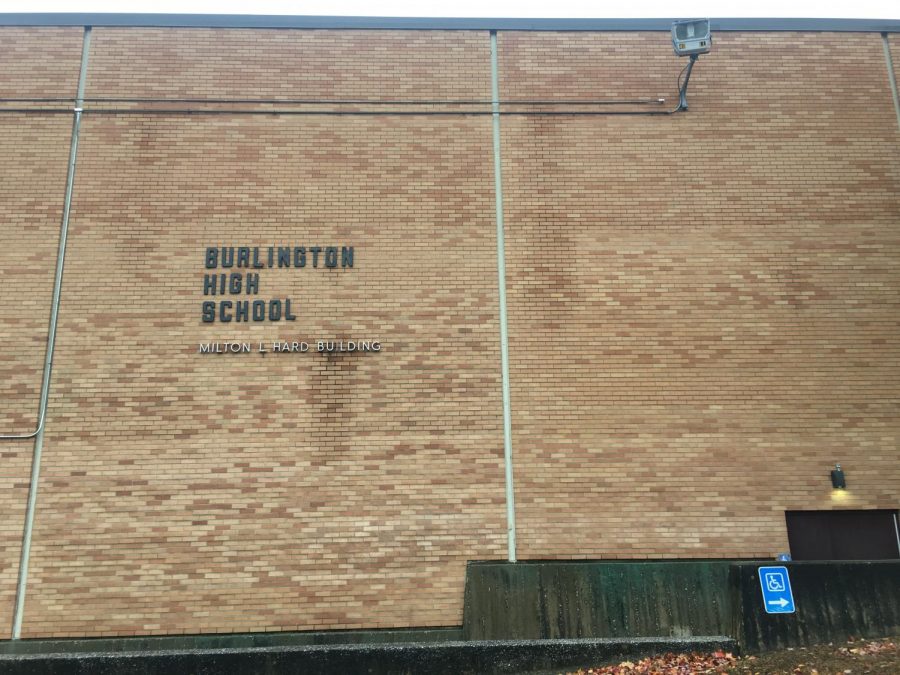 The Burlington School Board approved three motions on Tuesday, February 9. The motions served to clarify the district’s “school choice” rules, give Superintendent Flanagan permission to enter into negotiations and sign a lease on new buildings for the Burlington Technical Center (BTC), and approve the use of BSD schools as polling locations.

School choice refers to families of eligible 8th through 11th graders in the Burlington School District who choose to attend a high school in another district. Currently, 10 to 11 students in the district opt to do this, and 12 students from other districts currently attend BHS. The motion presented at the Board meeting establishes new guidelines for the school choice program, which include limiting the number of students who may be approved per year to participate in school choice to 10 and restricting the total number of students attending a high school outside the district at a given time to 40. According to Flanagan, the motion is overdue.

“What we are doing here is getting in line with the legal requirements across the State around school choice,” Flanagan said.

Prior to the motion’s approval, school choice guidelines were inconsistent.

“[School Choice] was something that, historically, in our district, the high school just handled on their own, since 2012 at least,” Victor Prussack, BSD’s Assistant Director of Curriculum, said. “That’s not how it’s supposed to be handled.”

Commissioner Stephen Carey (Ward 2) raised the concern that school choice is inequitably distributed, a problem which he said should be addressed statewide.

“I think that’s absolutely right,” Flanagan said. “ …[The process is] designed to probably reduce inequities, but the way it plays out, it looks to us like it might, in fact, do the opposite. So, we need to get our procedure in place and then really analyze it.”

The Board also discussed BTC.

The district has now identified new long-term spaces for the tech center. The motion approved by the Board allows Superintendent Flanagan to enter into negotiations and sign a lease agreement for the new buildings without consulting the Board further.

BTC students resumed in-person learning at short-term locations about a month after the discovery of Polychlorinated Biphenyls (PCBs) at BHS. These spaces were not ideal, as they were spread throughout Burlington and South Burlington. The new locations will help to centralize the tech center campus and reduce the number of necessary buildings from nine to five.

“[29 Church St is] really convenient because then Burlington High School students can walk across the street, rather than [take] transportation throughout the city,” Jason Gingold, Director of the Burlington Technical Center said. “It kind of gives us a center.”

$460,000 for the lease has already been included in the Fiscal Year 2022 BSD budget, which voters will vote on in March. In order to keep enrollment in the tech program high, the district elected not to increase the student tuition cost to cover the price of the new spaces. Gingold is concerned that, without in-person recruitment, tech center enrollment will suffer even without raising the tuition.

“We just felt that [not increasing the tuition] was one of the safest bets because we’re just not sure what enrollment will look like next year,” Gingold said.

If necessary, Nathan Lavery, BSD’s Senior Executive Director of Finance, assured the Board that the Tech center has some money to fall back on to cover the cost of the lease.

Though the fate of the entire BHS building is uncertain, F building, the former residence of the technical center, is especially at risk. Results from testing conducted there far exceeded the Environmental Protection Agency’s PCB limit of 500 nanograms per cubic meter, whereas other school buildings tested below this standard.

“We still have a lot to learn about PCBs at the BHS site and how they will impact F building,” Flanagan said. “If F building would be able to come back online at some point… Or if we need to be looking elsewhere for that program?”

Though costly, the School Board remains committed to preserving the tech center.

“I can’t stress enough how the BTC staff is pretty incredible,” Commissioner Martine Gulick (Ward 4) said. “Teaching adolescents is hard on a good day when everything works and everything fits, and they have had to pivot multiple times and sort of redefine and rework what they do.”

The next school board meeting is Tuesday, March 9.