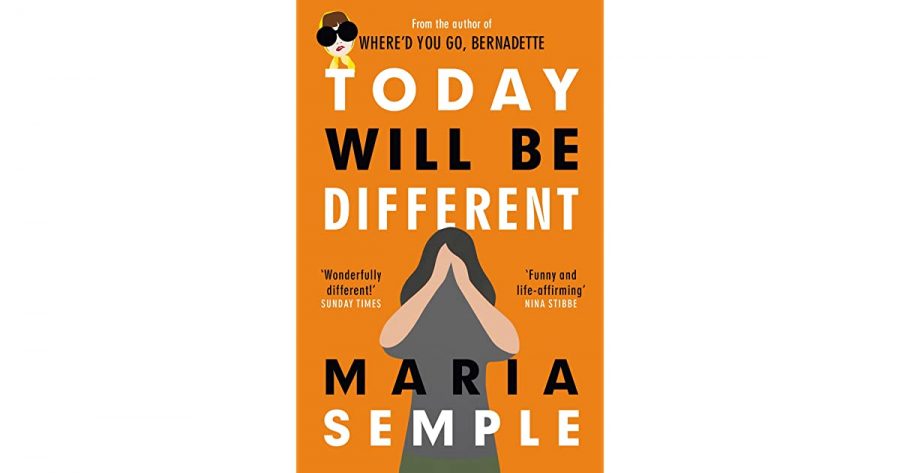 Author Maria Semple became a household name the second her book Where’d you go, Bernadette? was published in 2013. Readers were blown away by her creative writing style, unique plot, and engaging characters. The book was remarkable, and I quickly looked for similar novels to delve into. The obvious choice was Semple’s subsequent book, Today Will be Different.

The story depicts the chaotic day of a Seattle mother, Eleanor Flood, who is swept into a whirlwind of childcare, failed relationships, and ghosts from the past. The day begins in the pretext of optimism: Eleanor believes that today will be different. She will be normal, functional, and happy, despite underlying anxiety and a hefty batch of unaddressed problems. However, repressed memories and new fears plague her instead, turning a good day into a mess of what could have been. The story jumps from Eleanor’s memories to the present toils of motherhood, marriage, and middle age. One thing leads to another, and Eleanor finds herself confused, injured, and finally coming to terms with her wild reality.

I picked up Today Will be Different excited, looking for a story as well-crafted as Where’d you go, Bernadette? While Semple’s latest book is witty and engaging in the same ways, it is also disappointingly similar to her previous one. The main characters suffer from the same, upper-middle-class problems. Both are ultimately the same character: bored with their lives and clinging to a reality that no longer exists. Eleanor and Bernadette (from Where’d you go, Bernadette?) are both intelligent and funny, but Eleanor lacks some of the brilliance that makes Bernadette so loveable.

The story merely echoes the innovative qualities of the previous novel, leaving readers unimpressed, and disappointed.  While Today Will be Different is heavily flawed, Semple has proven herself as a talent to be watched. I have yet to find a book as mesmerizing as Where’d you go, Bernadette?, and look forward to Semple’s work to come.