BHS Soccer Strikes in OT to Head to Championship 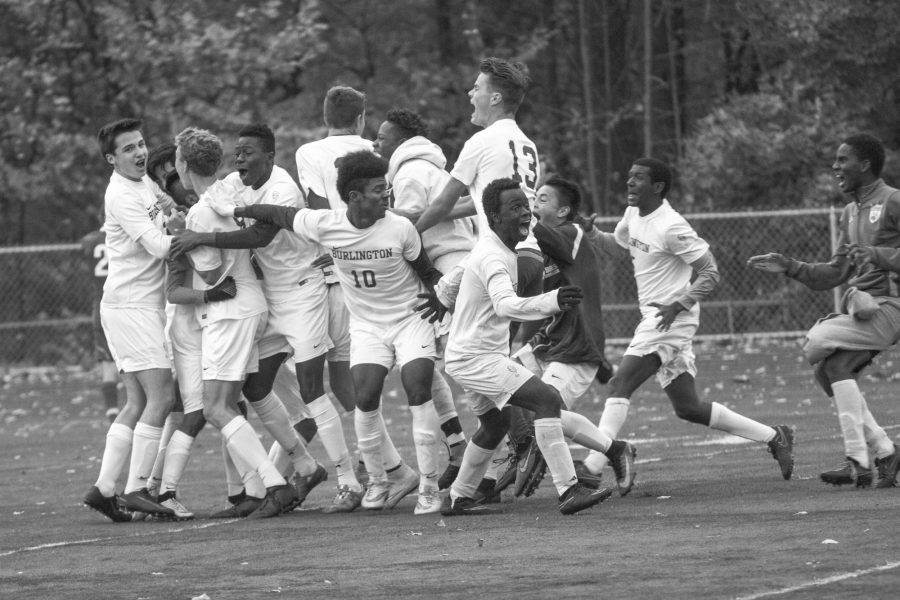 90 minutes of competitive high school soccer on Tuesday came down to one decisive kick. In sudden death overtime, BHS senior Arun Karki dribbled across from the left side and lofted a 25-yard strike. The ball struck the back of the net. BHS heads to the state title game for the first time since 2012.

Thunderous cheers could be heard on and off the field as players and fans alike felt the joy of heading to the championship.

The winning play began when Seraphin Iradukunda passed the ball over to Karki on the left side. His shot sailed over the outstretched arm of CVU goalie Aidan Johnson before managing to sneak under the bar.

BHS, who suffered its only loss this season to CVU, is set to host top-seeded Essex (4-1-1) in the championship at Buck Hard Field this Saturday at 11:00 a.m. The Hornets advanced to the title following a 4-3 victory in penalty kicks against South Burlington.

Last time BHS played Essex they defeated them 2-1 in a close game. Essex’s style of play is different than BHS’. The Seahorses focus on a more Spanish style of play, keeping possession with quick, short passes, while Essex tends to “kick and run.”  To beat Essex, the BHS boys have to play their own game, have a solid defence, and sneak crucial goals past goalie, Paul Federico.