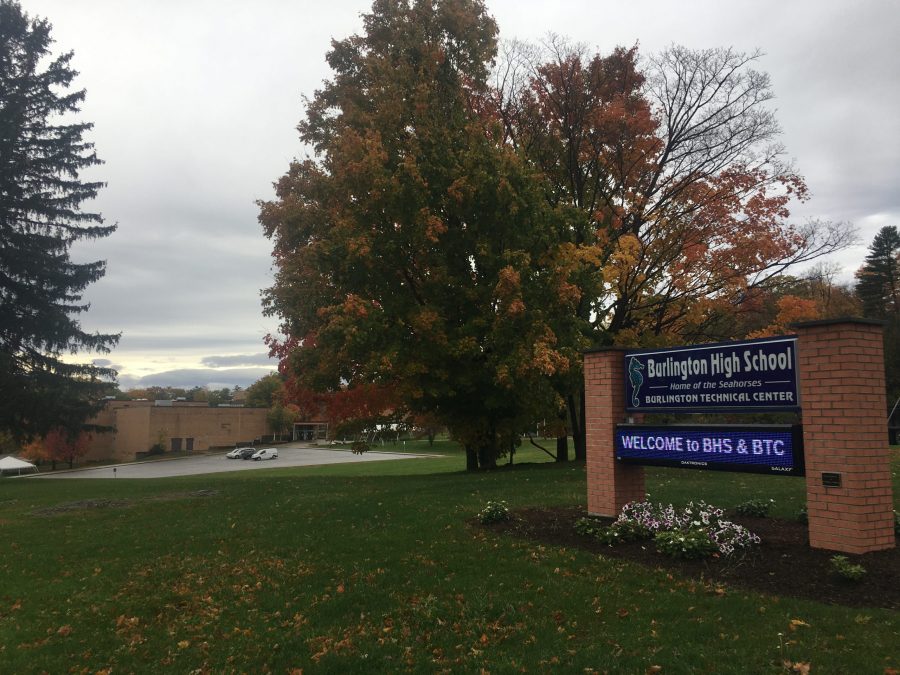 The BCOC meeting was run on Zoom by Tom Peterson, the committee leader. The committee is composed of two commissioners from the school board, three BSD staff representatives, three community representatives, and a city representative selected by Burlington’s Mayor Weinberger. The group supervises the ReEnvisioning project. Although open to the public, only two non-committee members were present, one being myself. Much of the meeting was dedicated to Peterson reviewing plans around soil and air testing, while committee members listened and asked questions. No decisions were made.

The majority of the meeting was dedicated to reviewing the next steps in mitigating Burlington High School’s (BHS) issue of PCBs and air quality, followed by the implications for the budget.

Test results indicating BHS’s elevated levels of PCBs were received on September 9, 2020. Superintendent Flanagan announced the closure of BHS in mid-September because of potential health threats associated with PCBs.

Committee members discussed possible retesting for the PCB levels within BHS at last night’s meeting. Solutions for reopening must be navigated with the Vermont Department of Health. However, areas of BHS with lower PCB levels require more specific testing to be analyzed by the state.

“One of the challenges is that Vermont’s Department of Health screening levels are so low that a lot of the tests can’t pick up levels at that minuscule of an amount,” Tom Peterson said to the BCOC. “Some of the tests are not that sensitive.”

Results of the testing indicated some classrooms in E and D buildings had PCB levels as low as 11 ng/m3. In A building, levels were found to be as low as 1.1 ng/m3. In comparison, F building reported much higher levels, with one classroom measuring 6300 ng/m3.

The BCOC is looking to put baseline air testing in place at BHS. Specific testing would allow for correlation with state review but would increase the cost of the project. Peterson emphasized that complying with state regulations would determine which kind of testing will be used.

“I want to make sure that whatever we are putting into place, that the [state] agencies will be signing off on it,” Peterson said. “This project cannot afford to throw away $20,000.”

Peterson has reached out to these agencies in hopes of gaining insight on which tests are recommended. The specificity of these agencies was not made clear at the meeting. The question remains as to whether the state will allow averaging between PCB levels in different areas of the high school in order to comply with state requirements.

The BCOC discussed the creation of pilot projects in individual rooms in BHS to test the abatement of PCB levels. Peterson explained that these projects would test different strategies and their ability to lower levels of PCBs.

“[PCB experts] will select three or four of the spaces that had high PCB levels and come up with a plan for abatement,” Peterson said. “They’ll target what they believe are the biggest contributors to PCBs in the air.”

These experiments would determine if air screening levels can be brought down to an acceptable limit for the school to reopen.

“They’ll do this abatement work, come back in, test the air again, and see if we’ve hit those numbers,” Peterson said.

The removal of harmful soils found on BHS grounds was also discussed.

In November 2019, the school district gave a BHS/BTC presentation regarding the discovery of hazardous materials in the soil and in some of the building materials on the BHS/BTC campus. These materials included asbestos, lead, Polycyclic Hydrocarbons (PAHs), and Polychlorinated Biphenyls (PCBs).

“Some of the development soils are at a level that they will probably have to be shipped off-site,” Peterson reported in the BCOC meeting.

The question of finances loomed over the meeting as potential solutions for the PCB levels were discussed. Vermont’s stringent requirements for PCB levels factor into the cost of the ReEnvisioning project.

The project estimate prior to the discovery of high PCB levels was $12.5 million over the $82.5 million budget that voters approved. Solutions to the harmful PCB levels and toxic soils may add a considerable amount to the reconstruction budget, Peterson reported last night.

“If the solutions are technically feasible, will they be economically feasible?” Peterson said. “Will this effort of mitigating the PCBs eat up more of the budget than we can live with?”

Yesterday’s meeting was exclusively a discussion. No final decisions were made. The BCOC meets monthly to discuss plans for the ReEnvisioning project. Coverage of the BHS building’s future and PCBs will continue next week at Burlington School Board’s meeting on Tuesday, October 20.