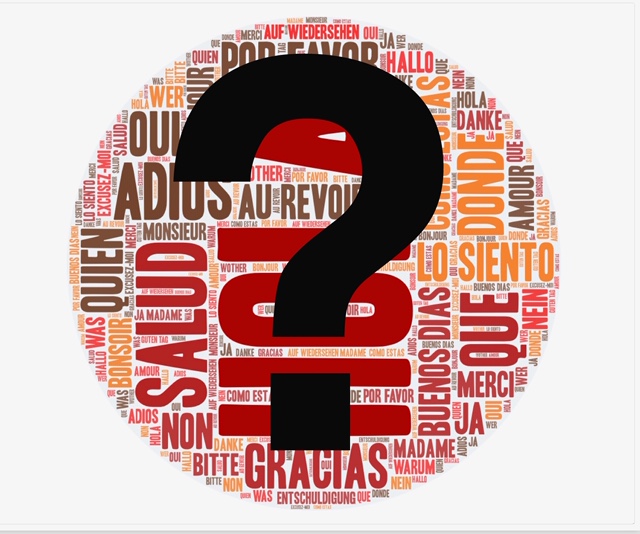 On August 31st at 11:16 in the morning, Burlington High School (BHS) language students received an email that left many of them surprised and slightly confused. The 159-word message stated that BHS would not be offering live instruction for almost all the advanced French, Spanish, German, and Chinese courses.

In early August, BHS’ Human Resources (HR) department offered district staff the option to teach remotely. Five BHS teachers that were unable to teach in person during the pandemic accepted this offer, including three teachers from the Foreign Language department.

Around the same time, the Vermont Virtual Learning Cooperative (VTVLC) launched the Collaborative Schools Option (CSO). VTVLC traditionally provides classes to students wishing to take courses that are not offered by their schools or students with scheduling conflicts. CSO offers schools 25 free student spots at VTVLC in exchange for each full-time teacher provided by the school. BHS, as well as several other Chittenden County schools, have taken advantage of the CSO program and posted any educators who need to teach remotely at VTVLC for the 2020-2021 school year.

According to Meg Hughart, the director of guidance at BHS, there are currently between 120 and 140 BHS students that are taking at least one class through VTVLC. This number includes many of the students affected by the changes to the Foreign Language department.

Mckenna Wheeler, a junior, was planning on taking Spanish 4 at BHS. When she was alerted that the course would not be offered, she modified her plans and is set to take Spanish 4 at VTVLC during the spring semester. Wheeler is optimistic about the course.

“I don’t think [Spanish 4 at VTVLC] would be that different from how [Spanish 4] would’ve been as an online class at BHS because it’s still Señora Govea…It’s the same teacher just not through BHS.”

“I feel like the in-person interaction, especially when learning a language is extremely important,” Karl Daly, a former BHS Spanish student, said. “I didn’t really feel like I was getting too much from the way we did it during the quarantine and late spring of this year.”

“I love everything about Señora like even when work is hard, she helps keep you engaged. And she makes things that aren’t necessarily super fun to learn fun to learn.” Brownlow said, “Señora Govea really helped make me want to stay in [Spanish], because she’s an awesome teacher.”

Despite his adoration for his instructor, Brownlow feels that the VTVLC Spanish class is not nearly as informative as it would have been in person.

“Honestly, [Spanish 4 at VTVLC] just feels so lame, because it’s supposed to be a week’s worth of work that they give you. But I can literally do it in 45 minutes. And I’m not learning anything. I’m kind of just doing the work to do the work.”

Brownlow continued that his progress this year at VTVLC may have ended any desire of his to continue Spanish classes past high school.

“I think [learning Spanish at VTVLC] stunted my growth in learning a new language. I really don’t think I’ve advanced any more. I think I knew just as much last year as I do now.”

VTVLC offers Spanish only up to level 4. However, BHS was able to find an AP option for Spanish and French students through a program called the Virtual High School (VHS).

VHS is a nonprofit organization that offers online classes to middle school and high school students world wide. VHS’ main goal is to help schools expand their course catalog to meet student needs and desires, in spite of “budgetary pressures” that may prevent schools from offering the class normally.

Though BHS has found alternative online options for all levels of Spanish, they have not been able to do the same for German, French, and Chinese. VTVLC maxes out at level 2 for these classes, and VHS only offers the AP level.

“The counselors spent so much time online looking for level four classes, and we could not find them,” Hughart said. “It was really discouraging.”

“I wanted to continue [with French] because I really wanted to be able to take AP French and actually be able to speak the language. I wasn’t just taking it for the credit.”

Rubin said that after hearing the school’s announcement she was really upset and confused. She added that she had to “scramble” to find an alternative way to continue with her French education, so that she would not lose a year of learning.

To accomplish this, Rubin organized an independent study with her French teacher from last year, Madame Tetu.

“I really wanted to continue with [French], so she’s taking time out of her day to do that. But it’s not one of her classes. It’s just an independent study. So it’s more work for her and me.”

Jane Kosht, another French student, has resorted to using her mother’s old French books to continue learning the language.

“My mom has kind of been helping me, because she knows French. She’s gotten her old French book and helped me kind of learn French 4.”

Kosht also expressed her frustration at the lack of intermediate online French options available to students.

“It was like either AP French or no French. I wasn’t ready to go into AP French online. I hadn’t even done French in four months.”

Kosht then questioned why the school couldn’t simply hire a new French teacher. Though this may seem like a logical solution for many, BHS does not have the funding for it. The three language educators who are at VTVLC are still BHS faculty. Hughart explained that to hire new language teachers, BHS would need to come up with additional money.

In addition to French, BHS was unable to find any substitute courses for German 3 or 4. This has greatly affected the goals of Lea Wells, a German student. Wells is learning German to communicate better with her mother’s family, many of whom do not speak English.

“I have never had the same connection with my grandmother that most people have, because we don’t speak the same language.”

Wells said she was surprised and upset that German students were not provided with any online options or independent study opportunities, which she feels every other language has recieved.

Hughart reported that administration is still working to find a possible German 3 and 4 alternative that would resemble more of an independent study.

In the meantime, while Wells awaits that decision, she has been trying to keep up with her German through the app Duolingo, which markets its content as free, quick, “bite-sized” language lessons to help progress your reading, listening, and writing skills.

“Frankly, I don’t think it’s as helpful as having a teacher and being in a class. Honestly, I don’t really think I’ve improved too much this year with using Duolingo,” Wells said.

Some students may also be concerned about how missing a year of language reflects on their college applications. Hughart reassured that this year, and likely for several years to come, there will be a space on the Common Application to indicate any impacts that COVID-19 may have had on your life. Student’s can specify here that they missed a year of language due to the pandemic. Hughart said that the BHS guidance counselors will also note in student’s letters of recommendations that BHS did not offer advanced language classes this year.

Wheeler, Daly, Brownlow, Rubin, Kosht, and Wells all said that they understand that the language teachers need to teach at VTVLC for the 2020-2021 school year. However, some of them are frustrated with the timing of the school’s announcement.

“If [BHS] had told us in June like your language got cut,” Kosht said. “There’s ways around that to like sign up for an online class, get the textbook yourself, get a tutor, or something like that. But when they tell you the day before school starts, that’s just really unorganized almost.”

Asked about the delay, Hughart responded that BHS did not want their plan for remote teachers to duplicate the efforts of the State.

Wheeler, Rubin, Kosht, and Wells all said that they still plan on continuing learning their respective languages despite the setbacks. They all readily agreed that if upper level languages returned next year to BHS, they would enroll in a class.

“Absolutely,” Wheeler replied. “I was hoping to take Spanish for all four years at BHS. And this year, it’s obviously just one semester. But if languages came back, I would definitely try and take an AP Spanish class.”