Dropping out to conquer the Pacific Crest Trail 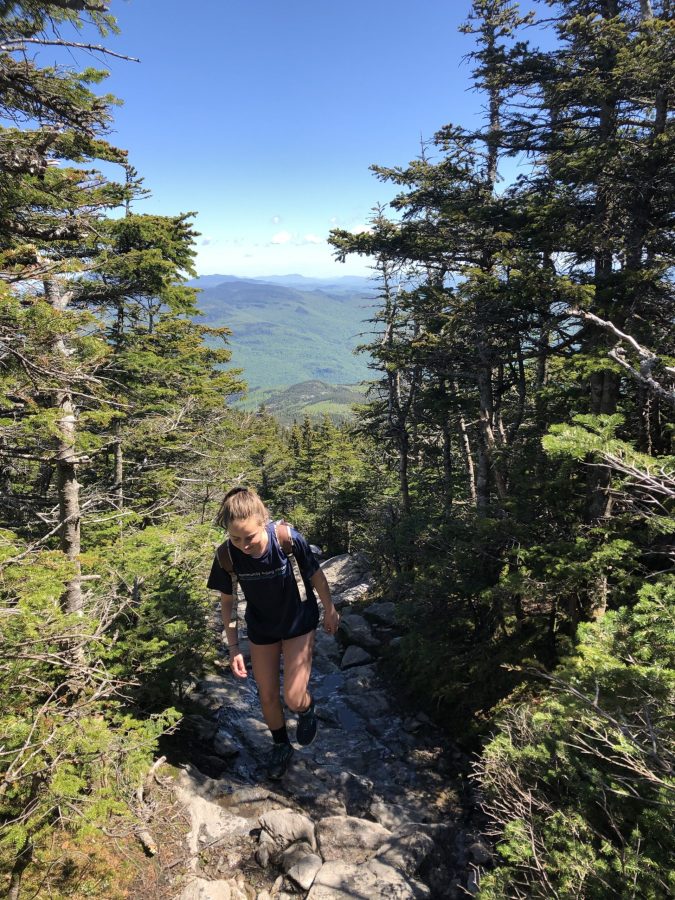 Seventeen-year-old Zoe Greenhouse is 5’1” and weighs just under 100 pounds. Greenhouse attended Burlington High school for the 2018-2019 school year, before dropping out in 2019 after finishing her sophomore year. Since then, Greenhouse has hiked a portion of the Appalachian Trail accompanied by her mother, Carol Greenhouse, and solo-hiked a portion of the Arizona Trail. This March, she takes on the Pacific Crest Trail, solo.

According to PCT.org, the Pacific Crest Trail (PCT) is a 2,650 mile-long trail that follows the West Coast from the American-Mexican border to the Canadian border. The hike takes roughly 4-6 months and passes through three states. The hike is ambitious and dangerous, especially for a  female 17-year-old. The trail will challenge her physical strength, mental preparedness, and self-defense. However, Greenhouse is determined to conquer it.

For Greenhouse, school never felt like the right choice. Since 2014, she has attended four different schools in three different countries. These included schools in Guatemala and France, as well as Vermont Commons and Burlington High School. Still, nothing clicked.

“She had already had the idea that she didn’t want to go back to school,” said Carol Greenhouse.

After Zoe Greenhouse decided not to return to BHS, both she and her mom started thinking of other options. When Greenhouse’s mother introduced the idea of the PCT, Zoe was immediately responsive, and a plan started to unfold.

“I Googled the Pacific Crest Trail, trying to find who the youngest person was, who had done it,” Carol Greenhouse said. “I thought, huh, I wonder if she’d be interested in doing that. I proposed it super tentatively to her. Immediately, there was a super stoked ‘yes’.”

A change was exactly what she wanted. Zoe Greenhouse said trying to fit in with her peers was frustrating and made her unhappy.

“The PCT is kind of a way for me to start doing what I want to do and living how I want to live,” Zoe Greenhouse said.

There are countless stories of people transformed by their PCT hiking experiences.

“I was finally able to envision a whole world out there with plenty of challenges left for me to conquer,” Liane Herrick, a PCT hiker, said in a story on PCT.org. “I could finally fathom another path in life.”

Zoe Greenhouse hopes that the trail will help her gain similar confidence and direction.

“I want to explore who I am and who I want to be,” Zoe Greenhouse said. “I’ll have a lot of time alone and a lot of time to think. I’ll really just be out in the middle of nowhere for five or six months, and that’ll change me.”

While most parents would be appalled with the concept of leaving high school, Carol Greenhouse is both supportive and enthusiastic.

“I believe that a great life involves risk,” Carol Greenhouse said. “All I want to do is support her in taking the risk with as much grace and grit that she can.”

“I’m proud of her making the choice to let go of school in order to reach for her dream,” Carol Greenhouse said. “I’m proud that my daughter is able to move beyond convention.”

This unconventionality is part of what made the PCT so attractive to Zoe Greenhouse. Having been out of school for a year has transformed Zoe’s views on school and conventional learning.

“I’m hoping with this trip to inspire others, as well, to step out of the box and go beyond their comfort zone,” Zoe Greenhouse said. “To do what they want to do and not conform, which is what I did for so long.”

For the next six months, hiking will replace school.

“Real-life experiences are really valuable and can be education,” Zoe Greenhouse said. “I have already learned so much more preparing for this than I did in school.”

In the past six months, Zoe has applied for sponsorships, curated an Instagram profile, prepared food and gear, physically trained, and created a website. Her preparations aim to prepare her the best they can for the Pacific Crest Trail.

The trail won’t be easy. Carol hopes that despite the challenges, the trail will hope Zoe grow. Only about 60% of thru-hikers complete the entire PCT.

“I believe that a great life involves risk,” Carol Greenhouse said. “All I want to do is support her in taking the risk with as much grace and grit that she can.”

While the two adventurers are confident in the excursion, they have received a fair amount of criticism from both friends and strangers.

“People doubt it. People question it a lot. I’ve already gotten a lot of that,” Zoe Greenhouse said.

“There’s a lot of fear in the atmosphere about this,” Carol Greenhouse said. “I don’t want to provide more, but at the same time, I want her to be well-educated about what the risks are and what to do about them.”

In order to mitigate this risk, the two are in constant preparation.

“I really don’t know what I’m going to do afterward,” Zoe Greenhouse said. “I’m leaving that like a blank space to figure out afterward because I’m focusing on this now. I’m letting it guide me to the future.”

“I’m trying to prepare five or six months’ worth of the food,” Zoe Greenhouse said. “So I’ve been dehydrating a ton of things, fruits, vegetables, soups. My living room is a mess of food and gear and everything right now.” 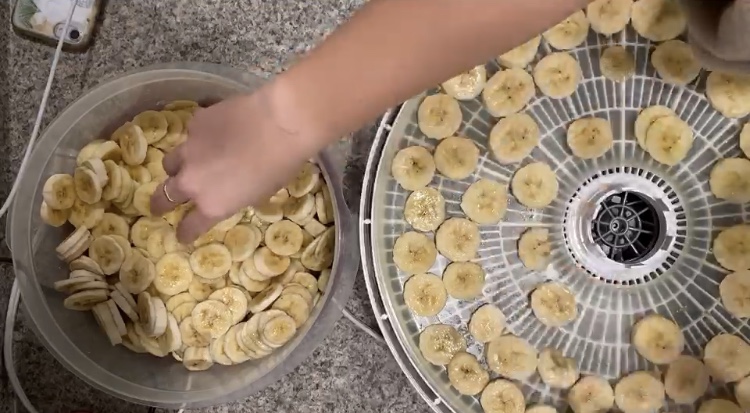 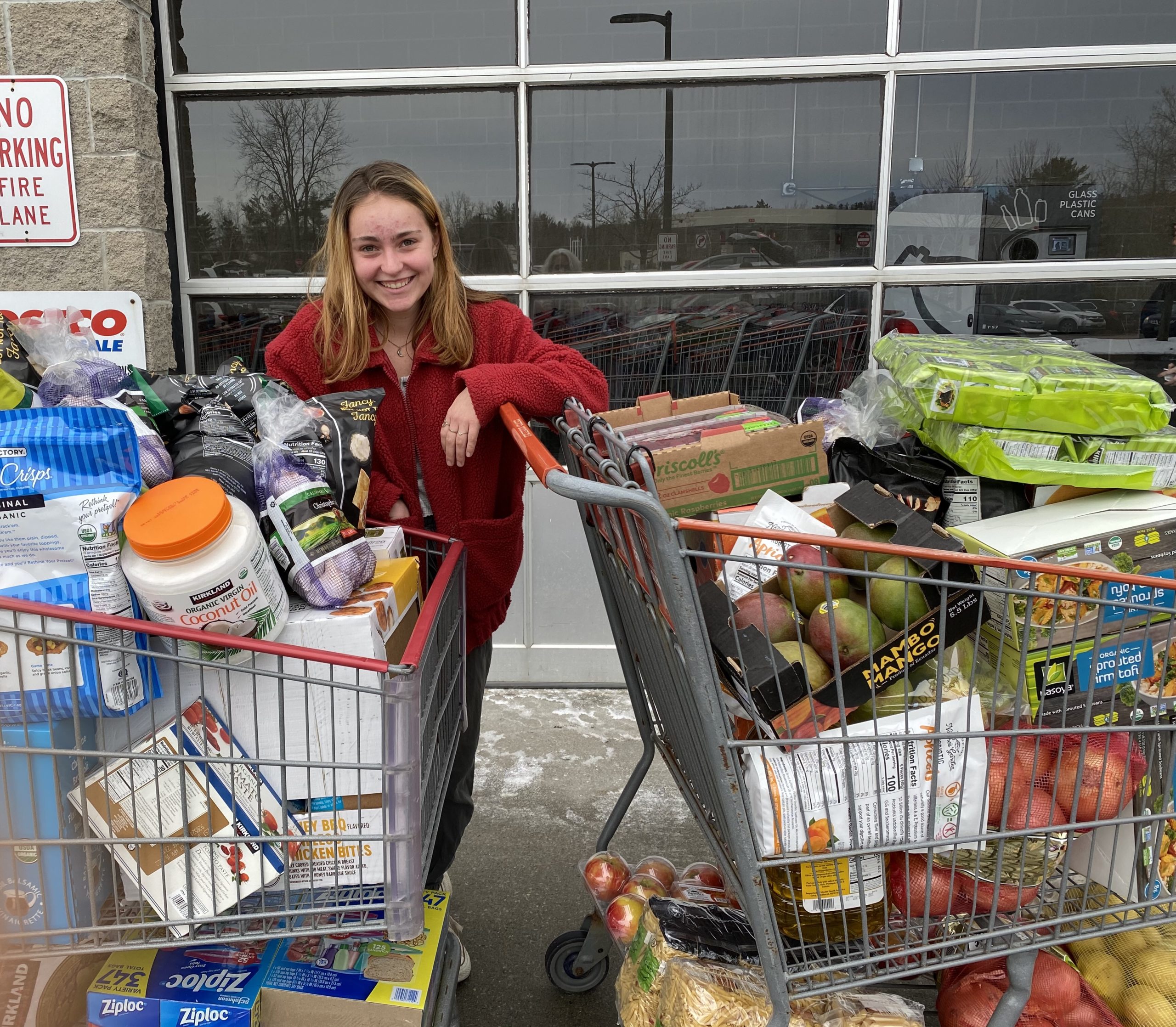 Zoe Greenhouse poses with food for the Pacific Crest Trail.

The physical preparation has also kept her busy.

“I’ve been going to the gym every day, as much as I can,” Zoe Greenhouse said. “I’ve been running, and stair climbing, and weight training. I was told to imitate movements you do when you’re hiking.”

As the takeoff date approaches, Zoe’s focus is entirely on the trail.

“I really don’t know what I’m going to do afterward,” Zoe Greenhouse said. “I’m leaving that like a blank space to figure out afterward because I’m focusing on this now. I’m letting it guide me to the future.”

Zoe Greenhouse and her mother leave Vermont at the end of February 2020. Greenhouse starts hiking mid-March.