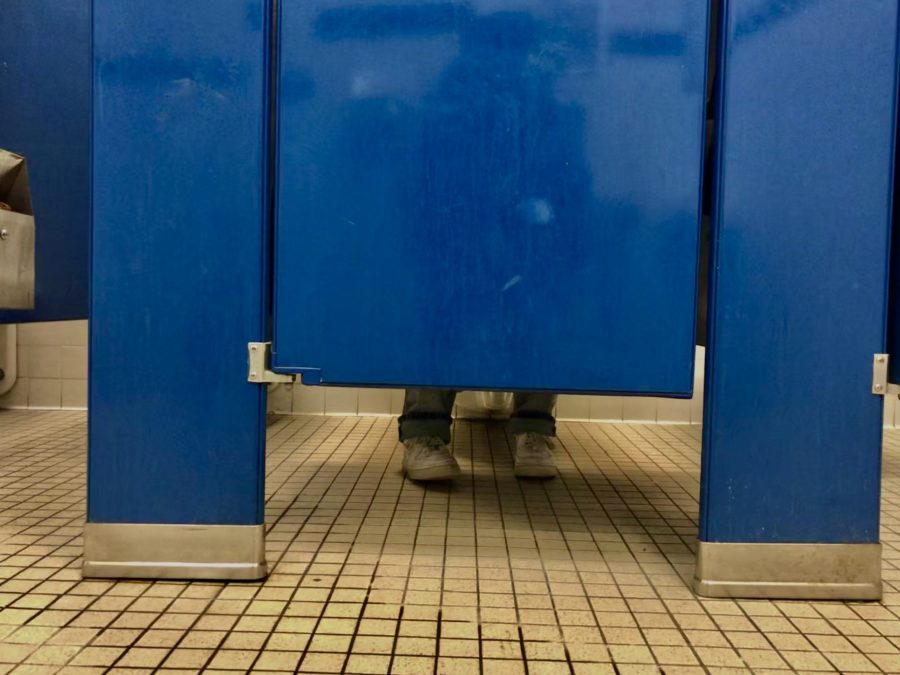 A year and a handful of days ago the door to the C building boys’ bathroom was removed following multiple incidents of boys vaping.  Today, the boys’ bathroom remains doorless.

Since the door came off, vaping has come to national attention and states including Vermont have changed their laws so that people must be 21 to purchase any nicotine or tobacco products.

“I would be wary of saying that it is all because of the door being removed because I think it’s not only isolated to that one bathroom and there’s other places in the school,”  McBride said, “We have done different things to help kids move along and make better choices.”

”Just like anything else once you move one and you close it up, kids are prone to move to other areas, so we are finding kids in other areas but it is easier to detect and easier to remind and catch them,” Barrino said.