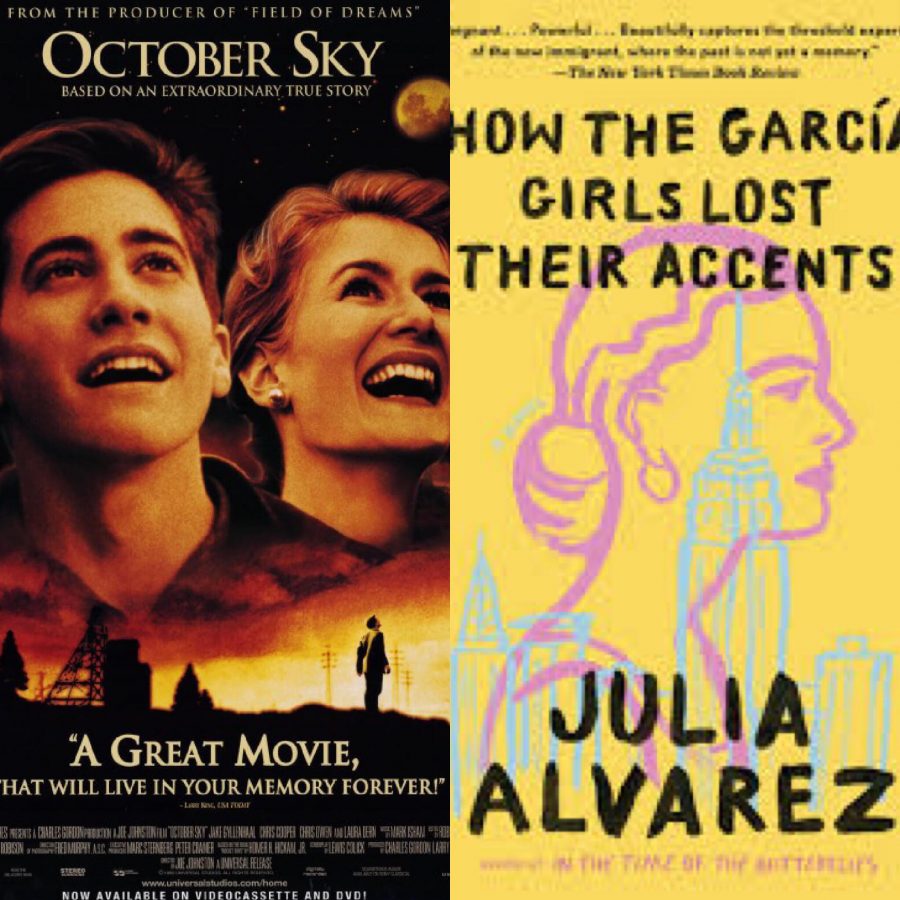 Homer Hickam’s October Sky is a memoir set in the 1950s West Virginia. The story takes place in coal-mining town Coalwood and is told from the perspective of high-school boy Sonny Hickam, who is determined to build rockets. The story follows Sonny and his friends through the perils of physics, calculus, chemistry, and high school, as well as exploring the literal dangers of living in a mining town and attempting to create rockets. The ‘Rocket Boys’ (the group’s nickname) work hard to improve their designs, and eventually see success, as well as earning the support of their town. The novel focuses on the journey Sonny makes in rocket building, but also the journey he makes as a person. October Sky focuses on the development of the rockets as well as the development of the community that supports them. As the story progresses, Sonny’s character develops from a young selfish boy fixated on rockets to a mature young man who knows hard work and dedication.

I found October Sky to be entertaining and interesting. The story explores the challenges that both Sonny and his friends’ experience, and the paths that they are expected to take. Sonny’s relationships with those around him are both difficult and beneficial. I found myself rooting for the rocket boys right along with the rest of Coalwood. The one difficulty I had with this memoir was the character Sonny himself. I found him to be selfish and relatively dislikeable, despite the story’s focus on him and his narration. The parts of the story that discussed Sonny and his opinions were tiring and less interesting than the rest of the story. It was difficult to relate to Sonny as a narrator for these reasons. Despite Sonny’s character, the story was gripping and well done. In the end, October Sky is worth a read.

October Sky was published by Delacorte Press in 1999. The book has since been made into a movie. You can purchase October Sky at local bookshop Barnes and Nobles.

How the Garcia Girls Lost Their Accents, Julia Alvarez

Vermont author Julia Alvarez is famous for her touching stories about immigration and family. How the Garcia Girls Lost Their Accents was her first novel, and, unsurprisingly, stands true to this reputation. Alvarez writes about four daughters, Carla, Sandra, Yolanda, and Sophia, and their parents. The story starts in almost modern-day America, decades after the family quickly emigrated to America from the Dominican Republic in order to avoid persecution. The family is much like that of a normal American family – each daughter with her issues, problematic relationships, and strengths. Although they adjust well to life in the United States, their Dominican heritage never truly leaves them. The sister’s lives are each unique, and in some way, connect to their initial introduction to the country, many years before. In the second half of the novel, the story covers the childhood of the girls, and their difficult immigration compared to their seemingly perfect life before. Life in the Dominican Republic for the girls was relaxing, comfortable, and familiar, up until the sudden need to escape. Upon their arrival in the United States, it becomes clear that a lot is different in their new country, from the city to the middle school boys at recess. As the Garcia girls ‘lose their accents’, their lives change and so do they, but their origins remain the same. Alvarez’s story is powerful, as it explores the loss of family ties and the difficulty of adjusting to an unfamiliar new world.

How the Garcia Girls Lost Their Accents was one of my favorite books I read this year. The story was interesting, different, and relatable, while still being unique.  The novel discusses not only cultural differences in the United States but racism and clear discrimination. Alvarez leaves readers thinking deeply about experiences they have never experienced, and the understandable difficulty to adjust to a new place. Although the story focuses on the four girls, I found the most interesting character to be their father, or ‘Papi’. Alvarez’s description of tension and tenderness within the family is accurate and touching. Each character was well developed and memorable. Alvarez’s How the Garcia Girls Lost Their Accents is a story that is both engaging and meaningful. I loved this book and look forward to reading more by Alvarez.