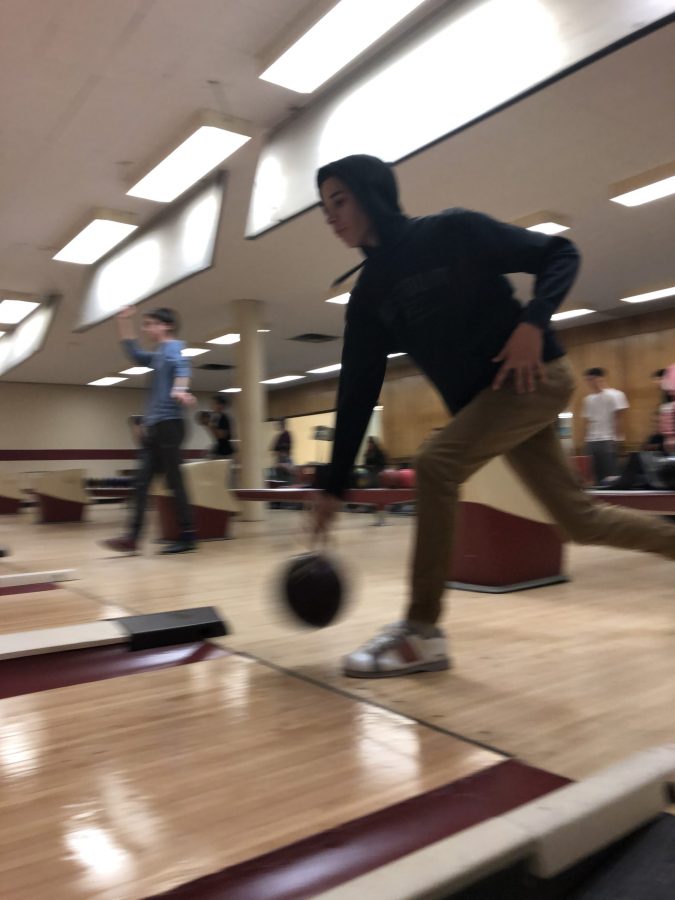 In 2014, BHS math teacher Michael Havens started the first BHS Bowling Team. This year the team has had a shocking rise in popularity.  In 2018-19 there were 15 bowlers on the team. This year 49 students signed up!

“Bowling as a sport, in general, is making a comeback and I think a lot of people are aware of it, we also received varsity status,” Allison Havens, co-coach, and BHS science teacher, said.

Bowling was given varsity status in 2017.

“I think it’s also attracting a lot of students to find out that it is a varsity sport and it’s something that anybody can do, you can start as a freshman or a sophomore and with practice and effort become a really good bowler by the end of your three or four years part of the team,” Allison Havens said.

Senior Ryan Pham has been playing since freshman year when Bowling was still considered a club sport.

¨I think what made a lot of people join the team this year was the hype and excitement around the sport itself. Bowling isn’t a common varsity high school sport like soccer or basketball. It’s also fun and not as competitive which might be another reason why so many people have joined,¨ Pham said.

Students joined the team because of their friends who were also going to join.

“I joined because I know that varsity sport at BHS can get you a P.E. credit and I need a quarter of credit, so I was like, I’ll try out a new sport. I also had a lot of friends who wanted to do it, just a social aspect,” Dakota Brownlow, BHS junior, said.

Mike Havens said he only had three students showed up in 2014.

More people on the team means more competition but the coaches have decided not to cut.

“More competition always means that they have more motivation to improve and it also gives me a reason to hold more one on one practices,” Coach Michael Havens said.

“When the bowling team was smaller I felt like we were a lot closer. I’m glad the team has grown and I hope it will continue, but having a smaller team allows for more one on one time. I knew everyone on the team, and I felt like the coaches got to know is really well. We haven’t had many practices yet so I’m not sure how much this will change,¨ Isabelle Smith said, a senior bowler.

You can also bowl in college! “You can actually bowl in college because of sort of an up and coming sport there is a lot of scholarships available to students for bowling, that’s another thing that attracts people to the sport as well,” Allison Havens said.