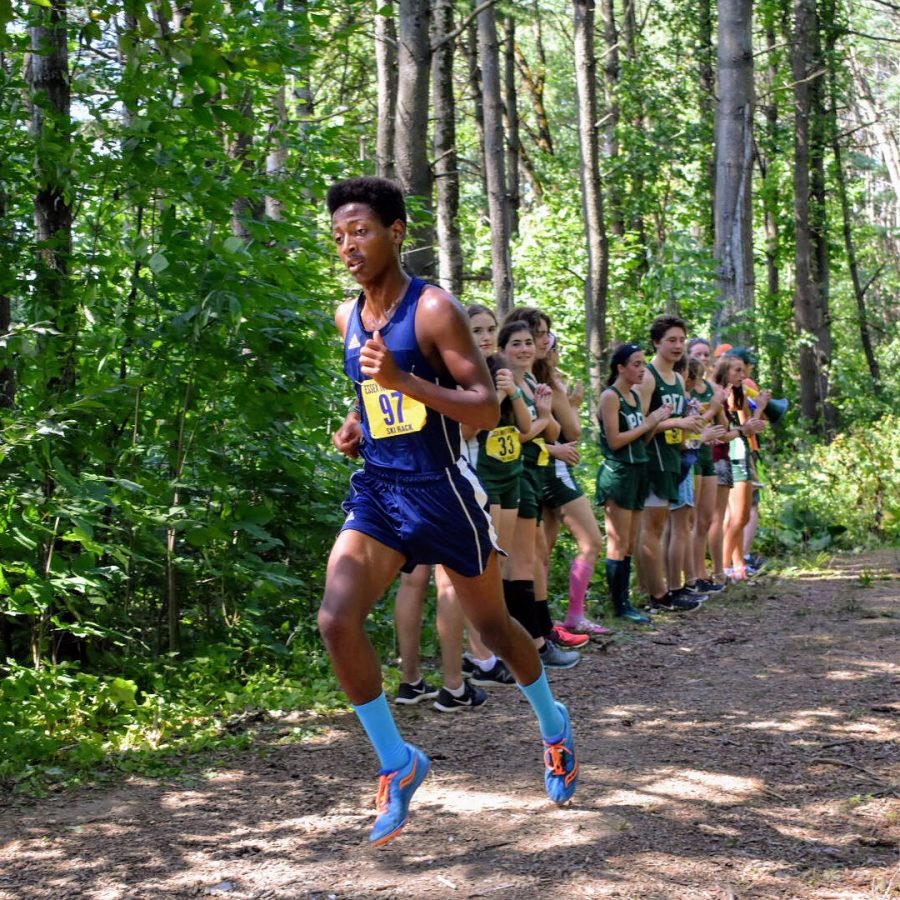 On September seventh, Burlington High School (BHS) senior Wondu Summa won the Burlington Cross Country Invitational 5,000 meter run by a whopping 58 seconds. The following week he placed third at the Queensbury Invitational, a much larger event in New York where he competed against 150 other racers from 58 different schools. Summa finished with a time of 16:00.8 setting a personal record.

“This year I’ve done a better job at listening to my body rather than doing like a really fast run every single day,” Summa said.

Currently, he’s running an average of seven miles between six and seven days a week.

“I’ve seen him improve in a lot of ways, mostly in his focus on training and the importance of consistent training and his race strategy,” Robitaille said.

“He’s one of the hardest workers on the team from a runner’s standpoint,” Stenroos said. “You know he’s always doing the hardest form of any workout, you know he’s running the farthest.”

Summa’s goals for the season are to make it to the New England Championships and Nike Cross Nationals. For Summa to qualify for New Englands, he would need to rank top 25 in the state individually. His larger goal is to make it to Nationals. For Summa to represent Vermont on the national stage, he would need to place top five at the regional meet this November.

For this to be possible, staying healthy is critical.

Since he’s been at BHS, Summa has battled hip flexor problems, foot injuries, and calf strains.

“He’s always had a random injury, and he can’t run if he’s injured,” Robitaille said. “He’s been a rock this season and we’ll just have to keep it that way.”

Summa’s contributions to the team are not limited to his athletic performance.

“He is super kind to everyone on the team and makes it feel like a very open place to be on,” co-captain Wyatt Harte said. “Even if you’re not a fast runner he is super outgoing and makes everyone feel like a part of the group.”

“He is the leader performance-wise, obviously, but he just spreads the love for running and makes everyone feel included and important on the team,” Robitaille said. “He is kind of everything you want in a captain.”

Robitaille predicts that Summa will not have difficulty in the college athletic scene.

“I have no doubt that when he does get tossed into a big program and gets used to the higher mileage in college that he’ll do well wherever he ends up going,” Robitalle said.

After graduation Summa plans on continuing to run competitively at a Division I school.

Summa’s next race is Saturday, September 21st, at the Manchester Invitational in New Hampshire.