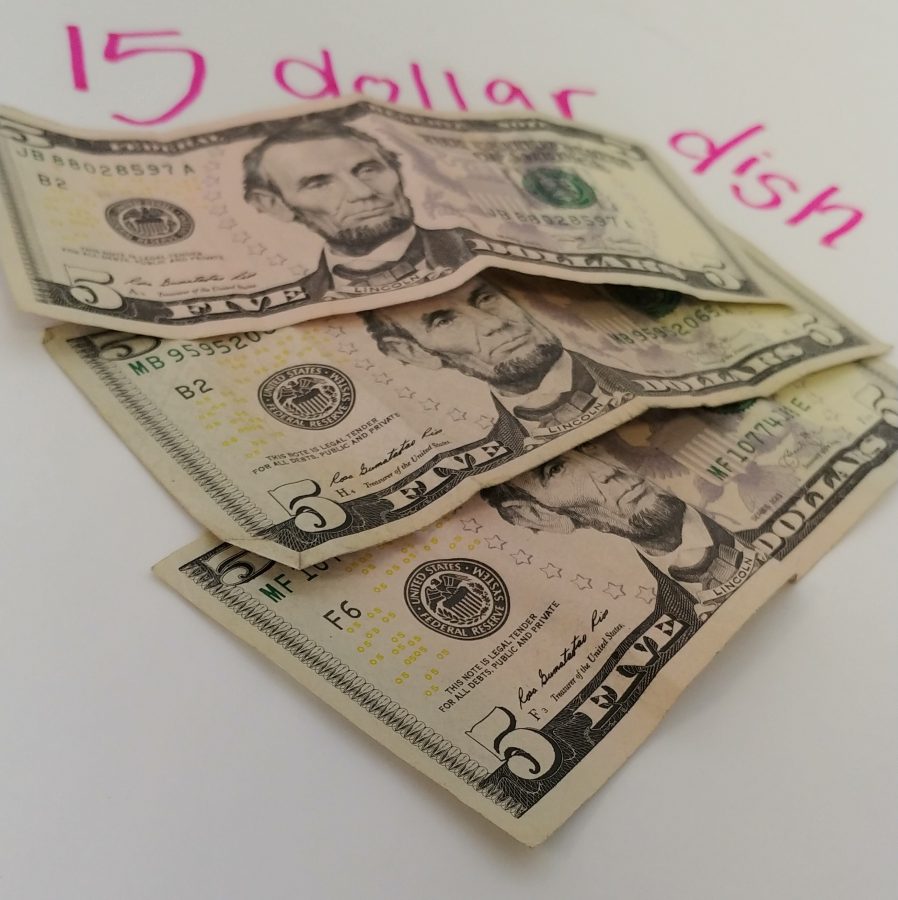 Being High schoolers it’s difficult to find a good meal that we can actually afford. That’s why we set out to find restaurants where you can get a good meal for under fifteen dollars. Instead of just focusing on one kind of restaurant we wanted to see what variety of different types of food we could buy with just fifteen dollars.

First we set out for something simple such as a deli and we ended up visiting the Shopping bag on North Street.

It was only through my father that I found out that the shopping bag was more than just the usual corner store. It was the home of a somewhat legendary burger that they call the “Sizzler.” I honestly don’t think I’ve ever been really blown away by a burger, but the burger ($4.39) I got from them was pretty exceptional. Not tough in the slightest but not too greasy and mushy. The fries ($1.99) that came with it were in good supply. They had that great, nostalgic fry flavor but they weren’t dripping with grease. They aren’t the absolute best fries that you can find in Burlington but paired with the burger they do the job. It could be said that the atmosphere was lacking, but I feel like that would be kind of unfair. The Shopping Bag doesn’t try to have a restaurant or a fast food vibe, and that is just because it isn’t either. The Shopping bag is a corner store that can serve up a really tasty burger and if you are willing to stop in and eat somewhere else, you can get a great affordable lunch.

Next we went to South Burlington to visit Bueno Y Sano located on Dorset street in the Blue Mall.

If you are on Dorset Street in South Burlington and you are looking for a taste of Mexico  you will most likely end up at 150 Dorset Street or Bueno Y Sano. They serve tasty Mexican food for fairly reasonable prices. Bueno Y Sano has many locations across New England. They are committed to using fresh, local ingredients and serving delicious Mexican Cuisine. They have options for takeout and dining there. The interior is nice and cozy with a modern look. They have three different sizes available for burritos: Pequeno, Regular and Grande. The last time I went to Bueno Y Sano I got a Grande Chicken Burrito with Rice, Beans, Cheese, Lettuce and mild salsa. The burrito totaled $9.00 and took less than three minutes to be ready. My food was pretty good and I was very satisfied with the amount of food I was served for how much I paid. 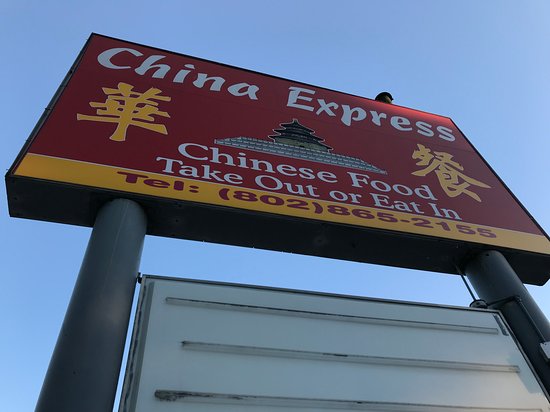 The next restaurant we visited was called China Express. They have two locations, one of which is on Shelburne road and the other on North Street. The one we chose was on North Street.

Ever since I was five years old I have been a regular customer at China express. I have always enjoyed their quick, delicious and cheap meals. China Express has two locations in Burlington, one on Shelburne Road and one on North Street. They have a very complete menu with vegetarian options, different levels of spice, and customization availability. The service is good with options for in house dining, take-out and delivery, and the food comes quickly.

When I visited China Express 2 I ordered the Vegetable Lo Mein($4.75) and the Pan Fried Pork Dumplings($6.75). I am not an expert on Chinese food and China Express is definitely focused more on quick meals rather than high class dining. The Lo Mein was delicious, a little greasy but still very tasty. The dumplings, a long time favorite of mine, are a perfect balance of texture and flavor that melt in your mouth. The amount of food you get for the price is a great value and it’s not difficult to get a good meal for around 10 or 11 dollars. 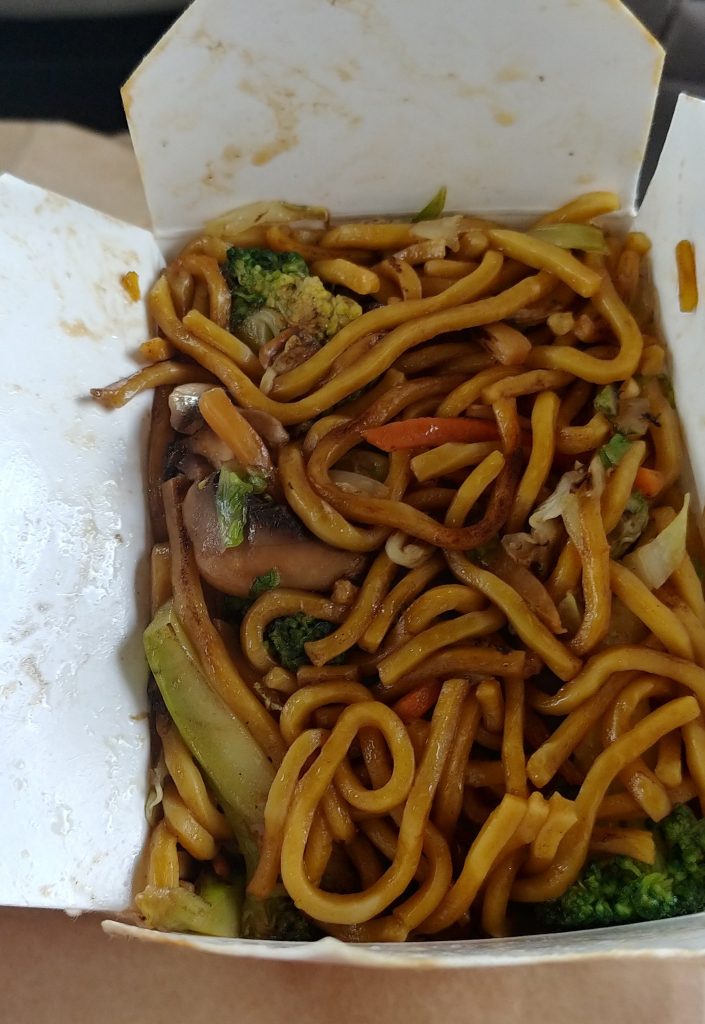 Next we found ourselves back downtown at Shalimar of India for affordable indian food.

Shalimar of India has been in Burlington for a while. My dad used to take my mom and me there when I was just a baby. We hadn’t been there for a long time and decided to go again so that I could try it for this series of reviews. I must first confess that I’m not at all an Indian food aficionado, so I’m pretty much judging it on taste alone without comparison.

Walking into Shalimar of India is somewhat surreal. It has a similar feeling to walking into a Denny’s or an IHOP. You’re seated and given a menu. There are many appetizing options and most are sub 15 dollars. I got the Chicken Tikka Masala which was $13.95. My dad got the Non-Vegetarian Mixed Platter which was $8.95 and made up of fish and chicken wrapped in flour along with a potato samosa. The mixed platter arrived first. I enjoyed a couple bits of the fish, chicken, and samosa and I liked what I had. Particularly the spice added by the flour they used and the sweetness of the samosa. The Chicken Tikka Masala came just a little later. They’re pretty quick. It was less interesting than the Platter and curiously less flavorful despite coming with sauce and rice. I found the rice to be the most disappointing part; it was soggy, cold, and a little too hard.