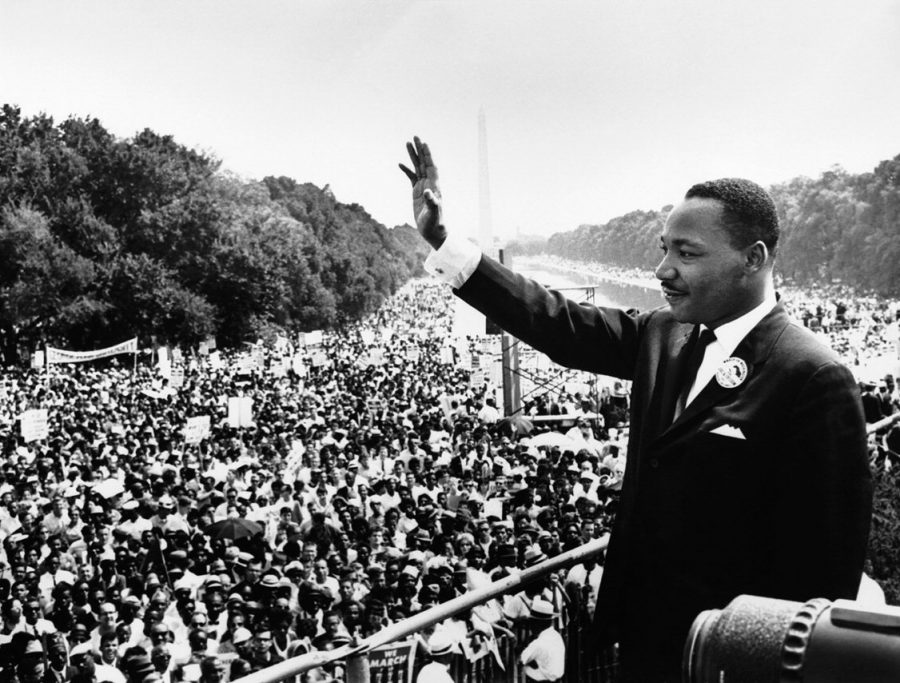 For the 15 years after Dr. Martin Luther King Jr.’s assassination in 1968, activists worked to get his life and work honored as a federal holiday.  They were thwarted by members of Congress until a bill was finally passed in 1983. Several states celebrated the first Martin Luther King (MLK) day three years later, on the third Monday of January. Still, it was not until 1999 that the last state, New Hampshire, honored Dr. Martin Luther King Jr. with a holiday.  Ironically, some southern states combined the holiday with the celebration of Robert E. Lee’s birthday, a confederate general.

Traditionally, Burlington School District (BSD) is closed on MLK Day. This year, a decision made last winter by the BSD senior leadership team, which includes BSD administration, district leaders, and school board members, scheduled a half day on the holiday.

“Together, we decided that for the first time in many years we will have a half-day of school on MLK Day to ensure every student is exposed to content relating to the significance of the person and the day,” Superientent Yaw Obeng wrote in an email to the BSD community on January 11.

Obeng said that the change is a response to a concern that many students do not understand the significance of the day and just stay home to play video games. The district re-vision is clear:

“Our vision for this day is that students are first brought together to intentionally focus on the importance of Dr. King, racial equality, service, and love; and ideally, students are leading some of these conversations and driving the curriculum where appropriate,” Obeng said in this email.

However, the expectation that students of color teach their peers or teach teachers about King does not sit well with the BHS Social Justice Union (SJU).  The goal of the SJU, as reported by the Register last year, is “to give everyone the chance to combat the issues that BHS is facing in terms of discrimination and prejudice”.

Zanevia Wilcox and Binti Malawia, BHS senior and junior respectively, co-lead the SJU.  They are upset that the district is mandating how they honor Dr. Martin Luther King Jr.

“It is no one’s business about what you do on MLK day. […] We are not harassing or patronizing people about what they’re doing on labor day or what they do during Memorial Day. We don’t check in with them to make sure, ‘hey are you representing your country the way you’re supposed to on these holidays?’” Wilcox said. “So why are we doing that now?”

Wilcox, Malawia, and Ali Hussein (another BHS senior) met with Obeng on Friday to discuss the decision to make students attend school and to discuss the last minute requests made of Wilcox and Malawia to perform during the BHS assembly.

“It feels like a lack of understanding but more importantly a lack of communication,” Wilcox said.

Another frustration according to Wilcox is that teachers were asked just last week (the week of January 7) to pull an assembly together.

Hussein also said that the half day disregards the struggle for equality that the black community endures.

“It’s the only holiday that is recognized for people of color and a movement for social equality for all. This day is to look back at our history and reflect,” Hussein said.

Wilcox is planning a walkout before the assembly. She is hoping to hold a rally outside of the school, but, acknowledging the cold, she suggests an alternative is for students not come to school at all. Wilcox encourages students to have their parents call them out of school, attend the walkout, and take the rest of the day to honor King.

Photo: Nataleigh NobleZanevia Wilcox was handing out posters at BHS on Friday for the event at Echo.

Both Obeng and Wilcox recommend the Dr. Martin Luther King, Jr. Day Celebration at the ECHO center to students, but Wilcox wants students to have the freedom to choose how they spend the day, even if that means sitting at home playing video games.

“Our society isn’t perfect and we have a ways to go, but remembering that MLK taught us a peaceful protest- standing up, and taking action is the right way to progress,” Hussein said.