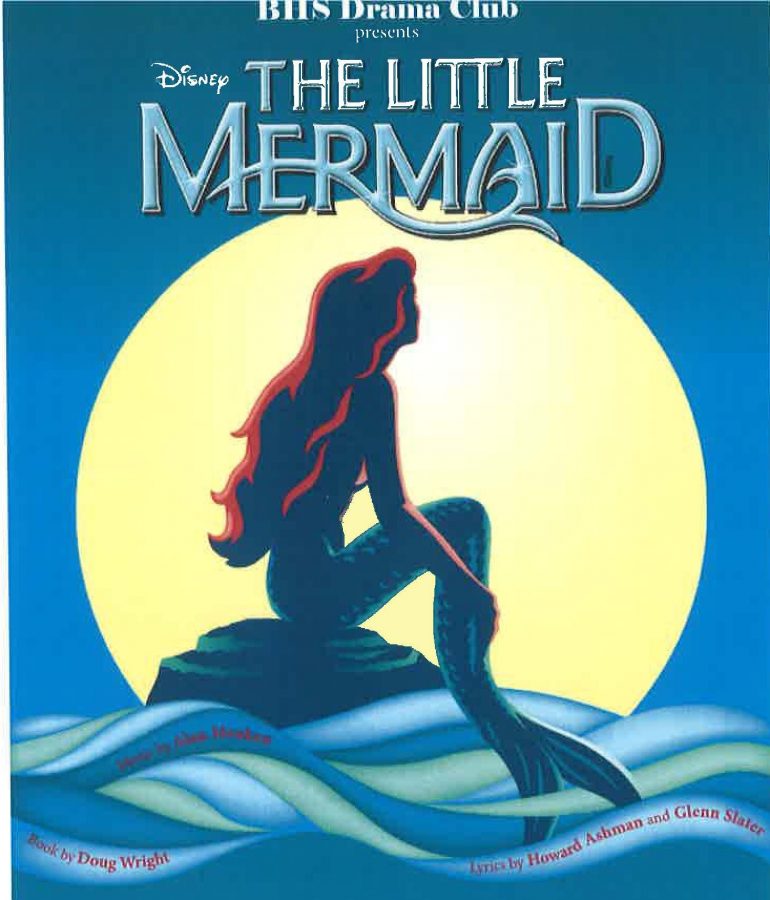 Burlington High School (BHS) kicked off its year with the must see musical The Little Mermaid on Thursday. Directed by Leesa Guay-Timpson and assistant Tammie Ledoux-Moody, this high school musical does not disappoint!

We all know the story: a teenage mermaid, Ariel (Amelia Mason), leaves to see what lies above the ocean; there she finds true love. She is helped along the way by her friends Sebastian the flamboyant crab (Ayden Flanigan), Flounder the endearing and heartbroken fish (Gabby Boera), Scuttle the wise and wacky seagull (Enzo Boone) and her antagonists her father (Isaac Jenemann) and his evil sister Ursula (Ava Ingalls).

The show shines from start to finish.  Mason’s graceful rendition of “Part of Your World” is absolutely captivating. Trombly commands “Her Voice” with power and confidence.  Flanigan and the ensemble throw a rousing party “Under the Sea” that makes it impossible to not dance and sing along. “She’s In Love” sung by Boera and the actresses playing Ariel’s sisters, is heartfelt and has incredible vocals. Ingalls owns “Poor Unfortunate Souls” with the perfect mix of poise and evil. One of the great surprises is the amazing tap number choreographed by Doris O’Brien and nailed by Boone and the Gull Gang.  And Jackson Elder’s crazy chef has everyone laughing.

Music director Billy Ray Poli and his polished orchestra delight and captivate from the opening notes of the overture.  All of this wonder is enhanced by beautiful sets pieces. The commitment of Tom O’Brien and the many BHS students and parents who volunteered to create this world amazes. Ursula’s lair is a notable piece which, enhanced by intense lighting, makes the audience feel like we are really in the dark depths of the ocean. BHS teacher Colby Skoglund, light designer, and her crew, students Sydney Holt-Barker and Damir Hojrovic, should be proud!

The amazing attention to detail of the prop committee headed by Chloë Gagnon and the always inventive costumes, created by Lynn Bessette and Abi Perlah-Hard-give depth and polish to this lively show.

As usual, the BHS musical of the year is a stunner!  Anyone looking for a compelling story filled with love, comedy, and incredible talent should see this show. There are three more performances: tonight at 7:00 p.m and Saturday at 2:00 p.m and 7:00 p.m. Those attending the Saturday matinee can expect to meet some of these charming characters before the show!  Tickets will be sold at the door: $8 students/ children; $12 adults.