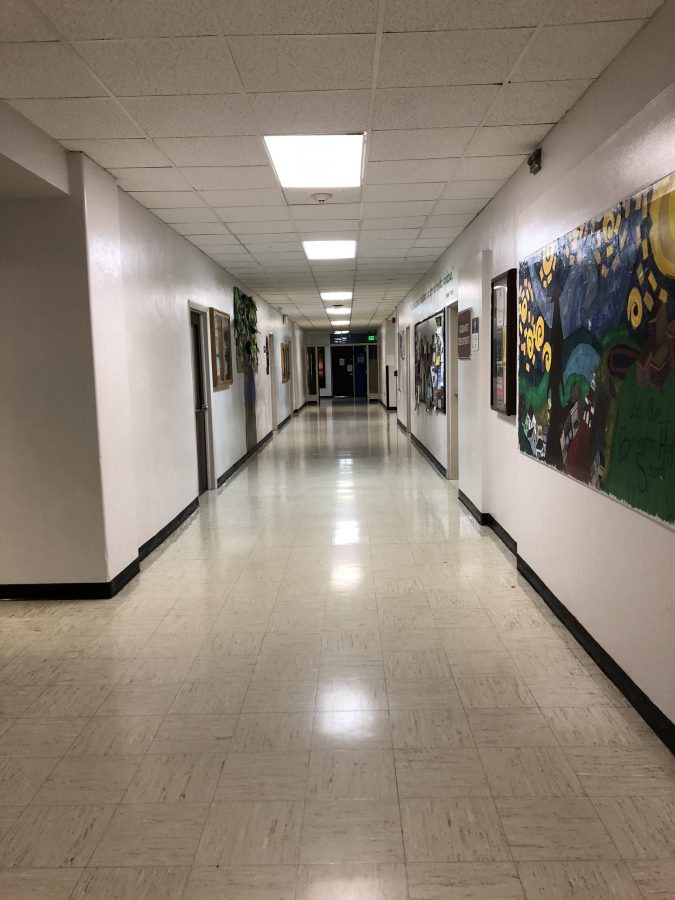 Students and faculty plugged their noses as they walked through the hallways of BHS today, dodging an odor with an unknown source.

“It smelled like sewage,” Bridge coordinator Laura Weiskotten said. “It was really strong and heavy, and made it difficult to focus.”

BHS junior Ruby Bratcher said her physics class relocated to the library because of the smell.

“We had to leave because it smelled so stinkin’ bad,” Bratcher said.

Weiskotten and Bratcher were both in the basement of E-building when they were overcome by this stench. Weiskotten says that this is not the first time the smell has struck.

BHS physics teacher Brian Hoffman also teaches in the basement of E-building. He says that the last smell spell was dealt with by pumping water out of the bottom of the elevator shaft.

Students say the smell has spread past the walls of E-building. BHS senior Elizabeth McConnell says she encountered the smell in A-Building.

There are many nasal interpretations of this mysterious stench. While McConnell describes the stench as a “rotting museum”, Weiskotten describes it as a “port-a-potty”. BHS junior Cecilia Field says it smells like cat food.

Hoffman says the source of the odor has yet to be identified.