The Digital Age: Can BHS Keep Up? 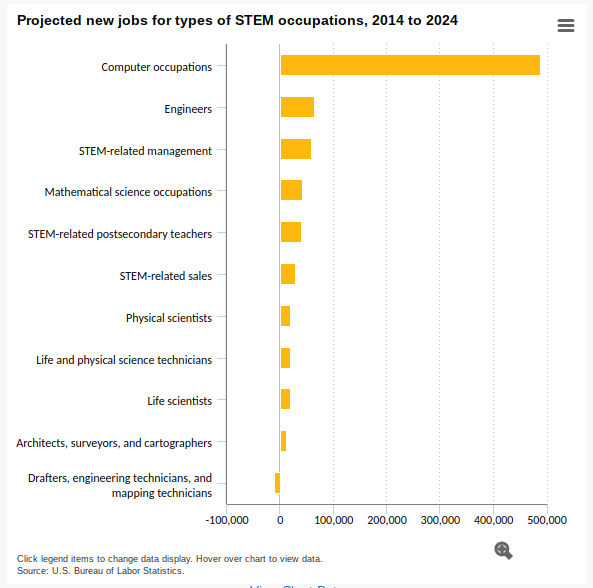 During the 2017-18 school year Burlington High School (BHS) offered two sections of Computer Programming. For the 2018-19 school year, it offered none.

Computer science is a field of study that involves the programming, manufacturing, and understanding of technology. Recently the computer science industry has grown immensely. Computer and information technology employment is expected to grow by 10.4% in the next eight years. The Bureau of Labor Statistics reports that in terms of pay the 2017 median annual wage for information technology occupations was $84,580, more than double the median annual wage for all occupations.

“I think that that’s ridiculous. I think that it’s an important skill that people should learn,” Dylan Severson, a tenth grader said.

Severson was able to take computer programming his freshman year. Many students are just realizing the lack of opportunity.

“I thought it was only cut for freshmen,” Leo Neuman, a 9th grader, said. “I wanted to take a computer science class.”

During class registration for his ninth grade year, Neuman signed up for computer programming. Neuman said he is interested in computers and coding and is disappointed that BHS does not have that opportunity. Other freshmen were similarly blindsided.

“I can say what it’s not. It’s not due to lack of interest,” Skoglund said.

Skoglund, who organizes the Year End Studies (YES) program, said the most commonly requested YES courses are game design, coding, and computer forensics. Yet these types of courses are not offered at BHS during YES either.

Recommendations about staffing are made by building level principals.  Last year, BHS was told to cut three full time positions.

“I could not justify cutting areas that the Agency of Education requires for graduation,” Tracy Racicot, the principal of the Burlington Technical Center (BTC) and former principal who made the recommendation, said.

The Vermont State Board of Education has outlined graduation requirements in the State Board Rules Series 2000. The required fields a student must demonstrate proficiency in are literacy, mathematical content, scientific inquiry, global citizenship, physical education, artistic expression and transferable skills (including communication, collaboration, creativity, innovation, inquiry, problem solving and the use of technology).

Computer Science requires all of these transferable skills. According to Code.org, a nonprofit organization that promotes computer science in schools, forty states count it as a credit towards core classes like Math and Science.

“If we’re talking about content area learning,” Skoglund said. “[BHS] needs to have a program.”

BTC offer Programming & Web Development. However, taking a BTC course requires BHS students to sacrifice taking three or four classes a semester; most BHS students at BTC sign up for only four BHS classes a semester .  Many students who might otherwise be interested in taking BTC offerings choose not to do so because of the loss of other curricular opportunities.

Senior Anna Halladay was initially going to sign up for a BTC class called Computer Systems and Emerging Technologies, but when she went through the application process, it apparently didn’t exist or was no longer offered.

“None of the other ones were ones I wanted to devote half of my blocks to for junior and senior year so I decided probably it was not a good idea to pursue those if I wasn’t going to enjoy them,” Halladay said.

Noel Green, the interim principal of BHS said other opportunities exist outside of the traditional classroom.

BHS partakes in Vermont Virtual Learning Cooperative (VTVLC) which offers computer science classes. Access to VTVLC and BTC opportunities in computer literacy remain a challenge for students, many of whom are unfamiliar with VTVLC.

“That’s just this year.” Green said. “That could look different next year.”