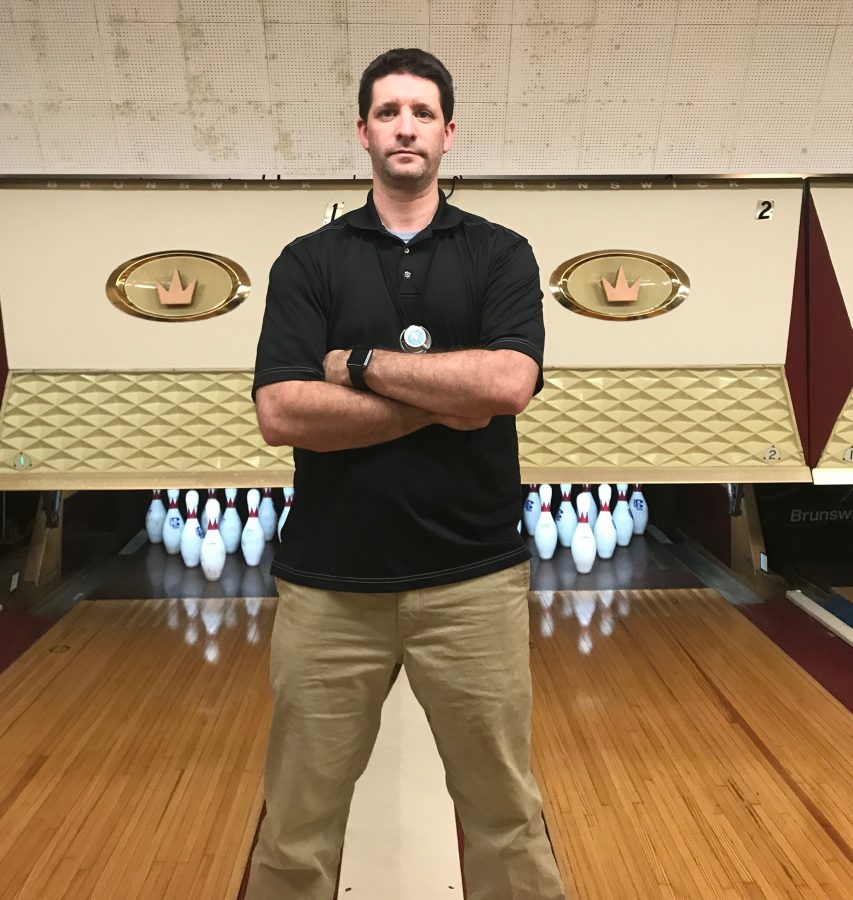 Both Jeanne Hulsen, the BHS Athletic Director and Mike Havens, the bowling coach and a BHS/Horizons math teacher, have worked for two years to get varsity recognition for bowling. Funding, student interest, practice time and practice space were all challenges to reaching their goal.

Two years ago, Heather Lamore, a BHS senior, and the then new teacher Havens ran into each other at a bowling alley and began to discuss creating a bowling team.

“I was playing in a summer league [young] Heather was in the same summer league and I met her parents and then I found out that she went to Burlington as an incoming sophomore,” Havens said.

“I said, ‘Hey I’m going to create a team and I want you to be on it’ and, she said ‘okay let’s go.’ She was also in my Algebra Two class; so as far as team work in recruiting people that’s where it began,” Havens said.

Lamore began recruiting her friends at first, but soon after other students from BHS showed interest. The BHS Bowling team quickly went from being a club to a junior varsity (JV) sport-at which point they could begin competing in matches with other JV teams.

Havens had to learn how to teach Bowling to beginners. Although he had a been bowling for over twenty years, coaching was new to him.

Havens did not learn how to bowl in a conventional way, so learning how to coach was exciting.

The Bowling team began by practicing at Spare Time, a Colchester bowling alley. However, the team was not yet school funded and so Havens paid for the team to practice. Travel time and accessibility to Spare Time remained a challenge.

This year, the team discovered a bowling alley at Saint Mark Catholic Parish.  This alley is just a few bus stops from BHS.

Both Saint Mark Parish and Burlington High School are tax free institutions, which means that players are free to bowl without cost. However the Bowling team is working on finding  ways to thank the church for their generosity.

“We are in the process of raising money to donate to the church for allowing us the usage to the lanes. We are under no obligation to do so, but it’s the right thing to do, so were going to do that. We’re also going to donate time to either paint or clean or just general fixing up of whatever it is that they need, but we’re early in the process,” Havens said.

While finding a permanent place to practice was important to the team, getting varsity recognition required a sizable effort for Lamore and Havens. Finding money in the school budget, and building a competitive team was challenging.

“I would say without Jeanne Hulsen [the Burlington School District Athletic Director] really being there and supporting me and giving me all these tips and advice and responding to my emails so quickly with pertinent information, there’s no way at all this team would be a varsity sport this year,” Havens said.

Gaining varsity recognition was a two year process. Team members started by raising money for the team; however, school administration told the members that the money had to come from the school’s yearly budget. While the members could no longer raise money, they continued to be active in the varsity recognition process by going to meetings and presenting agendas for the School Board to review.

“I did enjoy it (helping to build the team) because we originally didn’t have a club or anything and now we’re a varsity sport and I think that’s a great accomplishment that we’ve come so far and it’s definitely becoming more popular in Vermont now than it was five or six years ago,” Lamore said.

In the team’s first year, there are four returning players. They started the year with 26 players total.