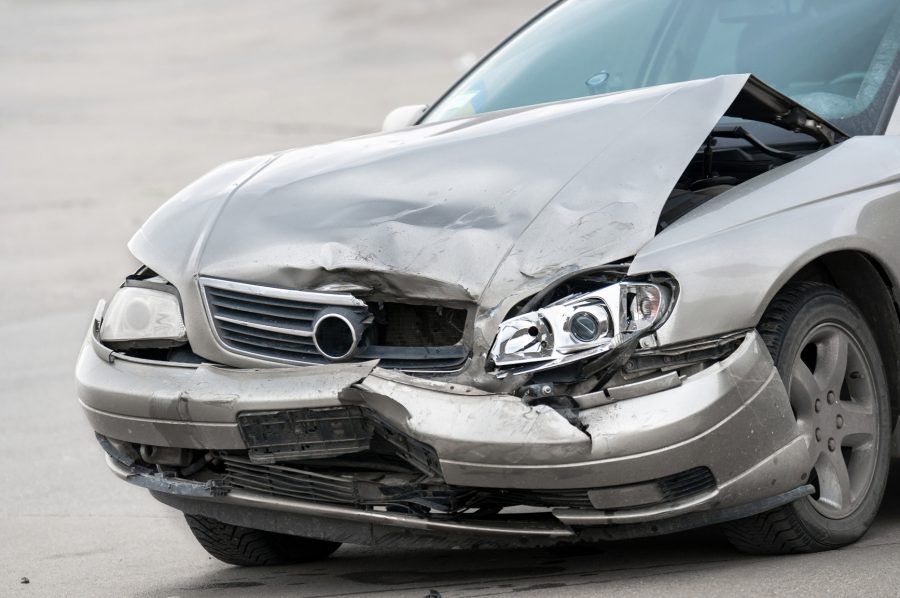 Students will be holding a mock car crash at the high school on Wednesday.

Every two minutes, a person in the United States is injured in a drunk driving crash, according to the National Highway Traffic Safety Administration.

Burlington High School students will see the consequences of impaired and distracted driving on Wednesday, when the community holds a mock car crash. Student and teacher actors, along with local law enforcement and emergency services, will simulate the highly realistic event.

Social studies teacher Francesca Dupuis was inspired to bring the event back to BHS after her own experience with the event in high school. She serves as the faculty adviser to the Student Planning Committee, which is helping to organize the event. BHS last held a crash five years ago.

Dupuis reached out to Margo Austin, a substance abuse prevention counselor, and Tara Holaday, the high school’s prevention coordinator for help. They proposed the event to administration along with Libby Branch and Zhou Golden, who are in the Above the Influence substance prevention group. The students were instrumental in convincing administration that a mock crash was important to students.

“Everyone is aware of consequences that can happen, but sitting in a classroom and listening to teachers tell facts and stories gives you a sense of detachment,” Branch said. “Seeing someone from the school, that people know, will bring you deeper into what can really happen.”

Golden is currently learning how to drive, and thinks the lesson around distracted driving is needed and relevant.

“I definitely think our students here at BHS are a little more sheltered,” she said. “They try to take as many risks as they can.”

Students from all parts of the school are helping to plan the event. The drama club is providing and training student actors, and an AP Calculus class will be doing calculations to determine precise object placement in the scene of the crash. School Resource Officer Brian Difranco will guide the setup of the collision.

Junior Hawa Adam is one of the actors in the crash. She will walk away from the vehicle with minor injuries, and be interviewed by the responding police officer. Adam has been preparing with German teacher and drama club director Leesa “Frau” Guay-Timpson.

“I know it’s going to get really emotional for me and I hope it’s going to have a big impact on the student body as well,” she said.

Principal Tracy Racicot is supportive of the mock crash.

“No matter what the controversy may be around an event that can be shocking, can be dramatic, if it saves one life, it’s worth it,” she said.

The storyline of the fictional event begins with four students, who had been using drugs, alcohol and other substances, driving up from North Beach after prom. The students meet teachers who are driving through the parking lot patrolling, and the two vehicles collide. One student will be dead upon arrival when the scene begins for onlookers. Emergency responders will use the Jaws of Life to cut open the top of the vehicle and remove students.

Jim Buell, a former volunteer firefighter and EMT, is coordinating the logistics of the crash. He has helped create similar events since 1989. Buell began in Dutchess County, N.Y., and brought the program when he moved to Vermont in 2002.

This is entirely a volunteer-effort for Buell, who works as a finance manager at the University of Vermont College of Medicine. He contacts emergency services, and obtains cars from a local junkyard to be used. The impact of the work makes him keep going.

“If I get through to one student, and one students changes their opinion, than the program is a success,” Buell said.

The event is only open to juniors and seniors, who will report to the auditorium at 7:50 a.m. during the late Wednesday start. After a short explanation, observers will head out to the upper parking lot to observe the proceedings in the lower lot. A narrator will explain the scene and point out elements.

The event will be realistic. Students who may be disturbed by the event are encouraged to seek out counseling at school.

Holaday said the organizers are trying to incorporate multiple causes of fatal collisions, including distracted, impaired and intoxicated driving. Drug paraphernalia and other materials will be present in the vehicles.

While drunk driving fatalities have declined in recent years, distracted driving has skyrocketed. The National Safety Council reports that one out of every four car accidents in the U.S. is caused by texting while driving.

Each day in the United States eight people are killed, and 1,161 are injured from distracted driving. At 55 mph, the average text message will take your eyes off the road long enough for the vehicle to cover a football field, according the CDC.

Organizers have timed the event to align with prom, spring break and graduation, Holaday said.

A mock trial will be held next spring to show students the legal consequences. The student who “dies” in the crash will be a graduating senior, so they will not be present in school at the time of the trial.

“I think we would be more connected or attached if we saw someone in our school, who we all looked up to and saw on a day to day basis,” Golden said.

—
If You Go:
Who: BHS juniors and seniors

Where: Meet in the BHS auditorium

Photos are not allowed during the event, as sharing of images could create confusion.