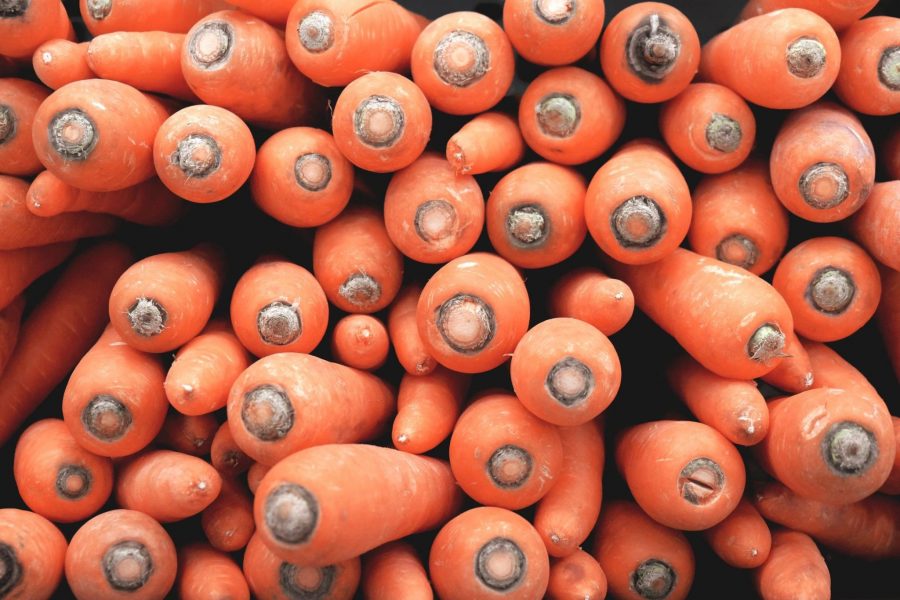 Lunchtime is an oasis in many teenagers’ school days. It is a period of relief and replenishment for students, when they are provided with time to nourish their bodies and minds.   As one might expect, food plays a central role in this nourishment.  Luckily for the BHS community, the food service team is acutely aware of the vitality of good food in a successful school environment, with the staff working tirelessly to meet the student body’s nutritional needs, and to deliver that nutrition with plenty of flavor and innovation.  As a curious (and hungry) student journalist, I made it my personal mission to explore and indulge in many of the cafeteria’s most coveted culinary offerings.

I have always been a brown-bagger, and was consequently a bit frazzled throughout my  transition into the world of hot-lunch.  I designated one organizational day to jumpstart and prepare for  my project.  I tracked down and memorized my lunch number, lurked around the hot lunch lines, and became familiar with the different systems and offerings in the cafeteria.  This day, while admittedly not essential, helped put me at ease before charging in for my first meal.
Burritos
I decided to test out a perpetual favorite on my first day, and selected my lunchtime cuisine by choosing the longest, most popular line; the burrito bar.  While it seemed pretty difficult to mess up a burrito, I made a conscious effort to lower my slightly snobbish, restaurant-refined burrito expectations.  After all, this is just a high school cafeteria.  When I finally reached the front of the line, however, any suspicion I held over the burritos disintegrated.  It was set up like a classic burrito shop, with a well-stocked assembly line of beans, meats, seasoned veggies, and two types of salsa.  I worked my way through the line, allowing the familiar spicy-sweet aroma of beans, peppers ,and caramelized onions to envelop me.   My excitement and surprise continued to escalate when I was met with the opportunity to add guacamole, cheese, chipotle ranch sauce, and cumin sour cream to my already-bulging burrito.  At this point, I was questioning all the times I had spent $7+ elsewhere, on burritos with appearances that paled in comparison to the BHS cafeteria.  I drizzled my lunch with a final squirt of hot sauce, located my friends, and chowed down.  Due to the ticking clock, and the messy nature of my burrito, I was unfortunately forced to literally chow it down.  However, despite my rapid rate of consumption, I thoroughly enjoyed the flavor explosion that my burrito delivered.  It was texturally appealing and did not follow the over-salted fate that often comes with  refried beans.   My protein-packed meal was also notably satiating, and I even had a few bites left on my plate after completely stuffing myself.  I left the cafeteria entirely satisfied, and pumped for the week of culinary exploration that stretched ahead.
Pasta
After my initial success at the burrito bar, For day two, I Selected the same, bustling line in the cafeteria.  I was ravenous, and my stomach grumbled profusely at the sight of the day’s auspicious-seeming offering: the pasta bar.  After some initial confusion, and panicked observation of my fellow diners, I realized that I was supposed to place my desired toppings into a small bowl, before handing it to one of the chefs.  I frantically stuffed some damp mushrooms and caramelized onions into my dish, and thrust it towards a chef apologetically, completely forgetting to request a sauce.  Thankfully, the chef seemed suspicious of preparing a sauceless pasta dish, and consequently became aware of my newbie status.  He guided me through the sauce options, where I was able to choose between cheese sauce, pesto, and marinara.  Everyone around me had selected marinara, so I decided to trust the masses and choose the classic red sauce as well.  The chef then heated the sauce in a pan with my preselected veggies and doused it over a generous container of noodles.  I checked out at the end of the line, grabbed some utensils from the kiosk, and dug in.  While my pasta was disappointingly room-temperature, it did not lack in the flavor department.  I had initially been wary of my veggie selection, as they had seemed questionable moist.  However, the mushrooms and onions ultimately added essential texture and heightened my dish’s flavor.  Again, I left the cafeteria with a smile on my face and a satisfied palate.  Although the pasta bar had not quite measured up to the high-brow burrito experience from the day before, I was willing and excited to try the other sauce and veggie combinations in the future.
After School Snack- Roasted Garlic Veggies
While my pasta experience was undoubtedly positive, I found myself startlingly hungry by the end of the day.  In response, I decided to supplement the pre-track granola bar that I had packed for myself with a serving of school supper.  Most of the supper options were not vegetarian, and my choice  was  therefore narrowed down to a seemingly neglected vat of roasted veggies.  Although the people around me had overwhelmingly dismissed the veggie vat in favor of foil-wrapped corn dogs and hamburger patties, I decided not to let public opinion hold me back.  I piled a hearty serving of veggies on my plate, and enthusiastically dove in.  I was shocked.  What had appeared to be a limp, slightly overcooked pile of cauliflower and broccoli, had blew my mind mind.  They veggies possessed a potent, unexpected garlic flavor, that was both satisfying, and left me craving more.  They were perfectly crispy, and the mysteriously mind-blowing garlic sauce had cemented itself in  the nooks and crannies of every bite. My only complaint was that, due to it’s apparent lack of popularity, I appeared to be the only one who got to experience the meal’s addictive flavor.  Although, I urged the snackers around me to give it a try, they remained in odd  opposition to the veggie vat.

My experience with the BHS cafeteria food not only satiated and satisfied my taste buds, but made me increasingly aware of the impressive quality of BHS food.  I highly recommend that even the most dedicated brown-baggers try the cafeteria food at least once in their time at BHS.  Although I probably won’t completely transition to hot lunches, there are undoubtedly a few more trips to the burrito bar in my horizon!