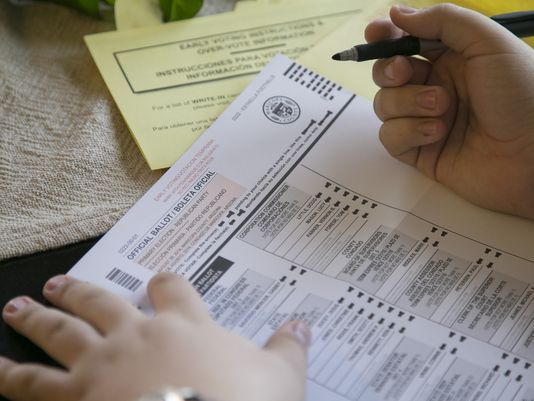 Burlington voters approved a $74 million school budget on Town Meeting Day, said yes to a capital improvements bond and determined school board members. The complete education-related results are below:
North District – School Board
Incumbent Mark Barlow defeated challenger Helen Hossley, 1314-732. Barlow hopes to focus on legislative advocacy and restoring PILOT funding. He is a graduate of Burlington schools and has children in the district.
Central District – School Board
Newcomer Ryan McLaren received 1,007 votes in an unopposed race. He will be replacing Brian Cina, who is stepping down after two terms. McLaren is an outreach staffer for Congressman Peter Welch (D-Vt.), and previously served on the Essex School Board.
South District – School Board
Newcomer Jeff Wick was elected to the board with 1,649 votes in an unopposed race. He will be replacing the seat currently held by Miriam Stoll. Wick has been an advocate for advanced math opportunities. He hopes to improve transparency and the quality of financial reporting.
East District – School Board
Kathy Olwell was re-elected in the East District with 671 votes in an unopposed race. She first ran for the board in August, after Kyle Dodson stepped down. Olwell, now retired, worked at a youth center and the Hunt Middle School Afterschool Program. She would like to increase mental health support, reinstate kindergarten paraeducators and add guidance counselors and social workers.
School Budget
The $74 million budget presented by the Burlington School Board was approved by voters and received strong support across much of the city. The total budget is around $85 million once grants, and other funds have been included. Wards 4 and 7 were the only areas that voted no. The budget includes reinstating positions at the elementary, middle and high school levels. The final vote was 3905 YES, 2717 NO.
Capital Improvements Bond
The district capital improvements bond, which will pay for upgrades to school buildings, was approved by voters. The $19 million bond will cover deferred maintenance expenses. For the median Burlington home price, taxes will increase by $8 per month or $90 per year, according to Property Services Director Marty Spaulding. The final vote was 5047 YES, 1552 NO.

Editor’s Note: The value of the capital improvements bond was incorrect in an earlier version of this story. It is a $19 million bond.