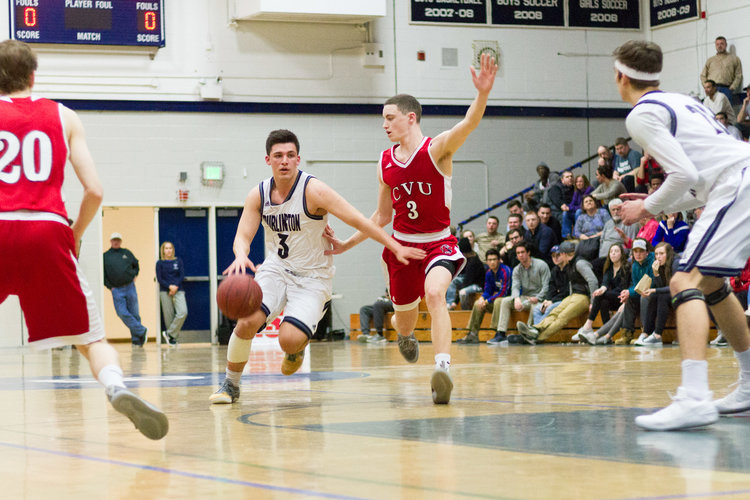 The boys varsity basketball team is willing to bleed blue and white during the postseason in order to go for a back to back championship. But will the lack of team chemistry hinder them from achieving their goal?

Captains Kaden Rosamilia and Kujtim Hashani, both seniors, and junior Kevin Garrison, have led the team to a 16-4 season. However, the Seahorses have an enviable problem: too many talented players that think they can do everything by themselves. This has made the team’s chemistry during the past couple weeks a little wobbly.

“The key to doing well in the postseason this year is to find the chemistry we had last season and the beginning of this one,” Hashani said. “There has been a good deal of bickering amongst the players, and players getting down on themselves.”

The Register reached out to Tom Barron, the head coach, but he did not respond in time for the publication of this article.

Garrison has noticed this lack of positivity and unity. He proposed to change the starting line up and to split the top ten players into two groups, seniors in one and juniors and underclassmen in the other.  He believes the new formation strategy is the key to fixing the problems with the chemistry.

“We are splitting into the platoon squads for the next two games, which is meant to help our chemistry,” Garrison said.

“The new formation will create a positive environment as well an opportunity for the team to become deeper,’’ Hashani said.

He is a strong believer in that if this tactical formation change can mitigate or even cease the negativity the team will reach its goal of getting consecutive championships.

The move has paid-off so far. The Seahorses rallied on the road for a come-from-behind, 58-57 win over rival Rice on Friday night.

“All we have to do is focus, practice harder and play even harder. We need to stay positive and stick together as a family, a team and a unit,” Rosamilia said.

The team’s biggest opponent this year has been the Rutland Raiders.  BHS beat them when they first faced off at home with a 55-45 win. However; in Rutland on Jan. 16, the Seahorses suffered their first loss, a 50-62 defeat.

Last Tuesday, the boys suffered another loss, this time against the Champlain Valley Union Redhawks. The players were disappointed after the game, yet they don’t believe the defeat will make a difference for them in the postseason.

“This whole season was prep for the playoffs and to get better individually and as a team. Everyone is 0-0, first team to go 4-0 wins. It’s that simple,” Garrison said.