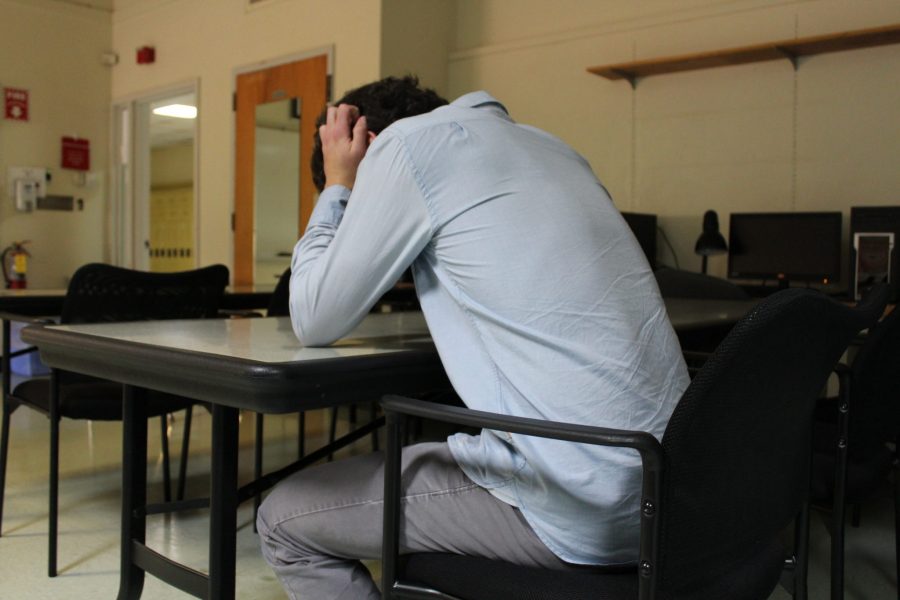 The college application process can be a stressful experience. Several BHS students shared their thoughts about the process. | Photo: Alexandre Silberman/Register

Applications are in. Scores are sent. Now it’s the waiting game. Most seniors have recently finished submitting college applications, and are now sitting tight for acceptance emails.

The application process begins in junior year, when students begin to look at colleges and start taking tests such as the SATs and ACTs. In their senior year, students send in their applications online, and begin to hear back in January

Tasha Kleppner is a senior who has recently completed the process of getting recommendations from teachers, navigating Naviance, and filling out the common app. It all started about a year ago for her, when she began touring and researching colleges.

“Definitely a lot of work and stress and its nice to be done with,” she said.

Kleppner said that although it was a lot of stress, there was appropriate time within the school to work on applications.

Senior Yosef Borsykowsky had a different experience with the college process

“I didn’t really work on college stuff until the last minute.” Borsykowsky said. “I thought it would work itself out, but it didn’t.”

The application procedure was more complicated than it initially seemed for Borsykowsky. There were lots of additional topics, such as the Free Application for Federal Student Aid, more commonly known as FAFSA.

“I didn’t consider how much it would cost, what I wanted to study, and how to get a financial aid. So I just applied to a bunch of schools,” he said.

There are three different ways to apply to schools. If students choose early action, they submit their applications in November, and hear back in January and February.   Early decision is similar, but students are contractually obliged to attend if they are accepted. Regular decision is nonbinding, and applications are due in January. Borsykowsky applied to all of his school’s regular decision, and has so far gotten accepted into SUNY Binghamton and Stony Brook. More decisions from schools will come all the way through April.

Kleppner applied early decision to her first choice, Dartmouth, and was deferred.

“I was really disappointed,” she said.

Magnus Sullivan is a junior at Burlington High School. While he has not officially started the application process, he has begun looking at different schools.

“I’ve planned a few trips to go see colleges, and have done a medium amount of research.” Sullivan said.

While the student has gotten a jump start on the process, he is not looking forward to it continuing throughout his senior year.
“It’s very stressful. It’s something that I’ll just have to get over with.”